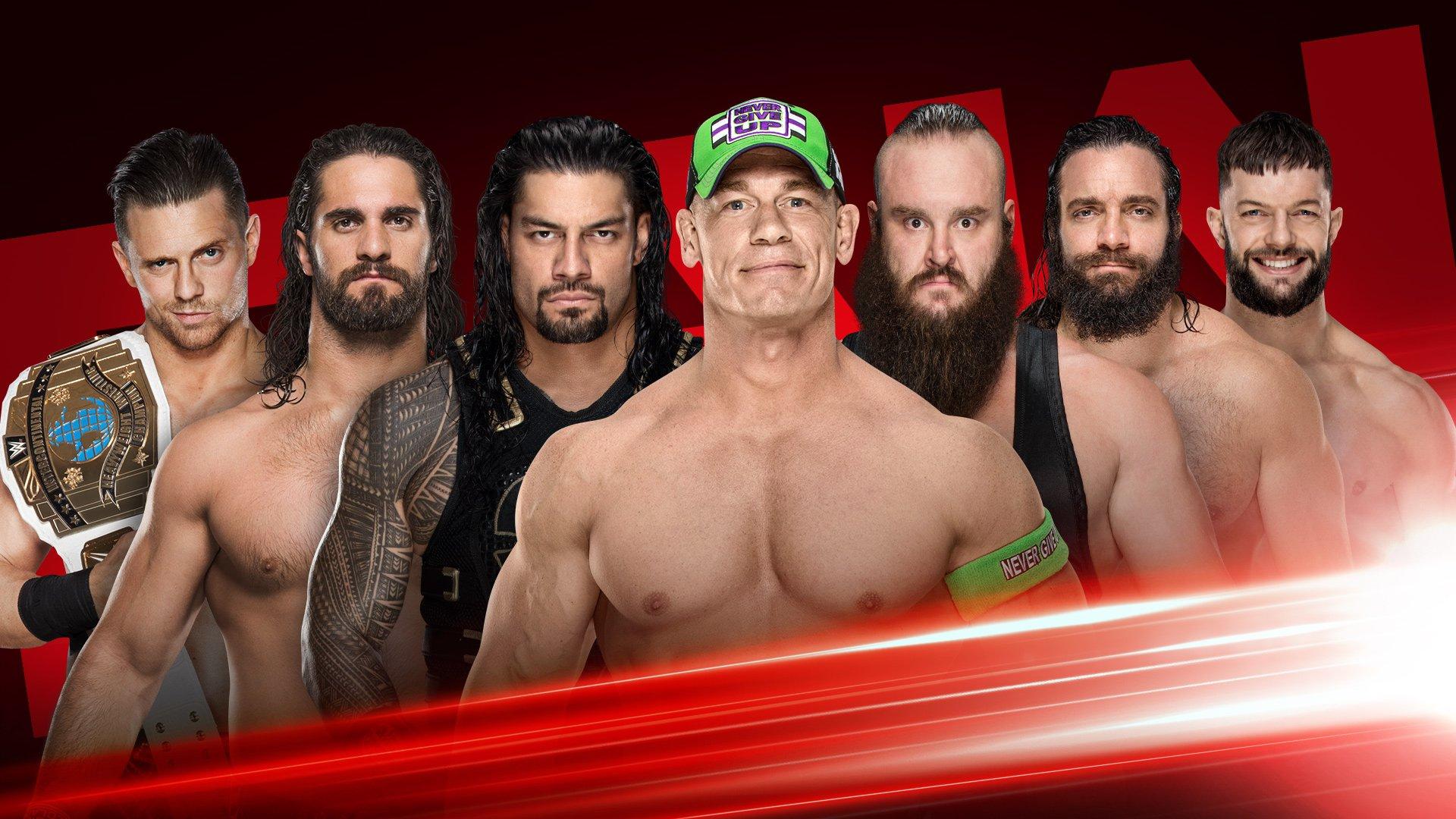 Welcome to our coverage of Monday Night Raw, less than a week away from the Elimination Chamber PPV.

Tonight’s Raw is the go-home show for the Chamber PPV, which, as is becoming the norm in WWE, is set to be a history-making event. Not only is Sunday’s show hosting the first-ever Women’s Elimination Chamber match, but the men’s version of the match will feature seven combatants for the first time. The seven men that will compete in the Chamber, for the right to face Brock Lesnar at WrestleMania, will compete tonight in a Gauntlet Match, which comes as a nice change to the Raw main event. Prediction: Roman Reigns will not win the Gauntlet Match because he’s winning the Chamber.

As for the female Chamber combatants, they will all compete in a six-woman tag match tonight, pitting the babyfaces against the heels in a match that is sure to stir a few more stories ahead of the historic match. I also would not be surprised if a seventh competitor for this match also, which would indicate that the Chamber will feature seven pods, as opposed to the matches beginning with a Triple Threat. Regardless, we will know by the end of tonight!

Elsewhere on tonight’s Raw, we can expect further development in the storylines between Asuka & Nia Jax, The Miz & Finn Balor, The Club & The Revival, Braun Strowman & Elias, and more. Remember to download the Ringside Talk app and join in the conversation. Enjoy the show!

News Tip
wpDiscuz
110
0
Would love your thoughts, please comment.x
()
x
| Reply
You are going to send email to
Move Comment