X-Pac opens today’s show by speaking about his old friend Curt Hennig on the anniversary of his death. He mentions that he was in a bad place at the time of Hennig’s death, which made the news even worse. He was in such poor mental and physical shape at the time that he couldn’t even make it to Hennig’s funeral because he knew he would have been a distraction if he would have went. He says that he loved Hennig and he always will.

X-Pac congratulates Ivory on her announced induction into the WWE Hall of Fame as part of the Class of 2018. He mentions that Ivory led the way for the women during the attitude era, and her role in the business dates back to the original GLOW series nearly three decades ago. She was a terrific person and a great in-ring competitor who’s certainly deserving of this Hall of Fame induction. 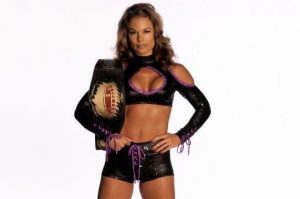 He informs that he spoke negatively about Ivory during some shoot interviews he did years ago. This was at a time when he was in a bad place and he would do the interviews for money. He says he wishes he could take those words back, but that’s who he was at that time and he simply needs to accept that and move on.

X-Pac comments on Dolph Ziggler’s return to WWE. Apparently Ziggler signed a new contract with WWE that pays him more money and includes a stipulation which allows Ziggler to leave WWE shows after his role on the show is done. X-Pac says this stipulation made him chuckle because he hadn’t heard of it before.