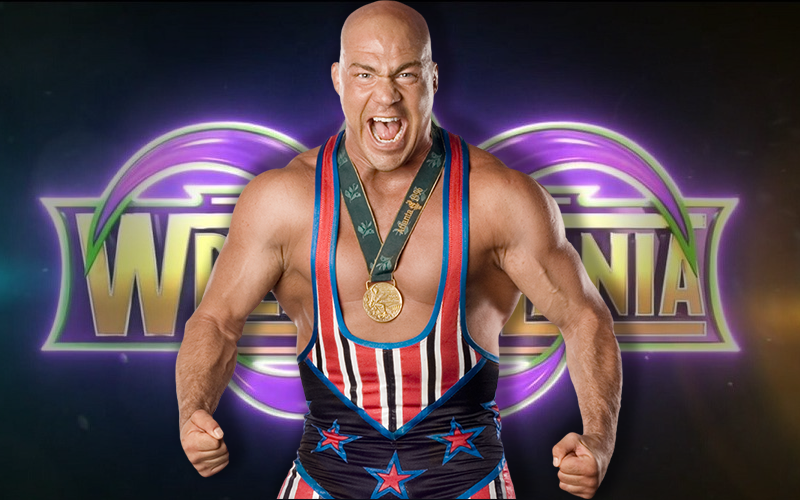 ﻿While Justin Barrasso of Sports Illustrated reported that Kurt Angle was being rumored as one of the possible names to be Ronda Rousey’s WrestleMania partner, @WrestleVotes reports that Angle is more likely to face Seth Rollins in a singles match instead.

“Regarding Rousey and Mania: WWE wanted The Rock as her partner, obviously. Whether he’s doing it or not, we’ll find out. The other choice was initially Angle but it looks like that changed. Source says Rollins vs Angle more likely. If no Rock, Strowman’s name has been discussed.”

As previously noted, a majority of “key” WrestleMania matches should start their builds after the Elimination Chamber event and there will be more of an insight on what plans the company may go with for WrestleMania.

Who would you like to see Kurt Angle face at WrestleMania this year? Sound off in the comment section below…