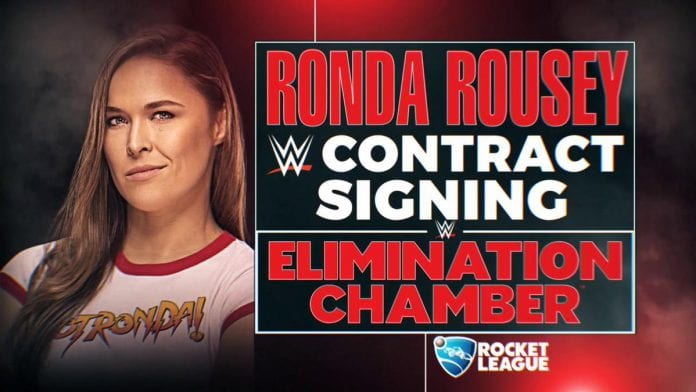 In what seems to be an on-going issue as of late with WWE, ticket sales for the upcoming Elimination Chamber event aren’t so hot right now.

As of this writing, the pay-per-view event in Las Vegas has only sold around 8,000 seats for the venue that holds around 18,000. The belief is Ronda Rousey’s appearance and contract signing should help bolster ticket sales and this was the reason WWE added her to the show.

WWE is looking to capitalize as much publicity as they can heading into WreslteMania and have already started advertising her for SummerSlam.