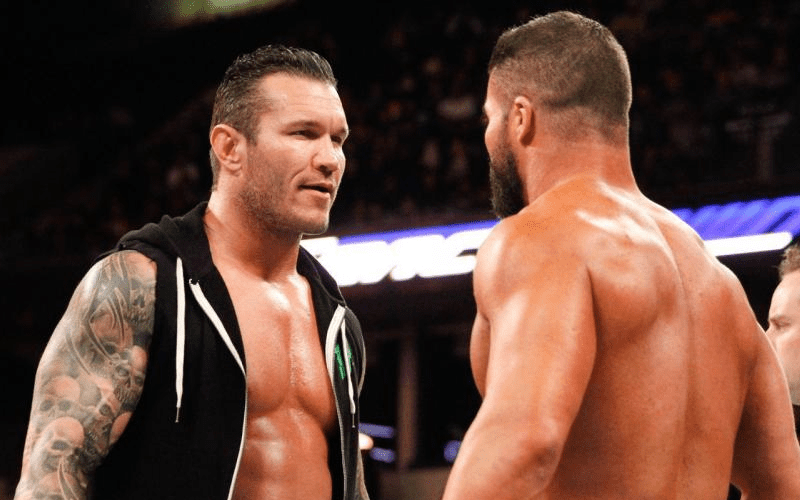 Last week, after a great United States Championship match between Bobby Roode and Rusev, Randy Orton showed up and killed everyone. This week, Roode demanded that Orton meet him face-to-face. The Viper did so, and then Jinder Mahal showed up, because why not? Long story short, Jinder delivers Khallases to everyone.

The most interesting part of all of this is that Randy Orton is seemingly entering the United States title picture. What could be the consequences of this? Could the Apex Predator become the new United States Champion?

Short answer: no. Long answer: noooooooo. Orton is one of those veterans who is already so established that they could lose a match in 30 seconds and no one would really mind. He’s been around for that long. He’s a former World Champion, a two-time Royal Rumble winner, former Mr. Money in the Bank. Speaking in kayfabe, Orton is above the star-spangled championship.

Besides, the ideal purpose of the championship is to give midcarders and up-and-comers the chance to prove themselves. Recently, though, that’s not really been the case. Since 2016, ten different men have been champion. Of those ten, only four have never held a world title (Kalisto, Rusev, Baron Corbin, and Bobby Roode).

That said, the last few reigns have been kind of lackluster, to say the least. AJ Styles and Kevin Owens traded the title for a bit. Baron Corbin lost it after 70 days. Dolph Ziggler decided he didn’t want the title anymore. Roode’s been doing alright so far with his Open Challenges, but more can be done.

Randy Orton can do that.