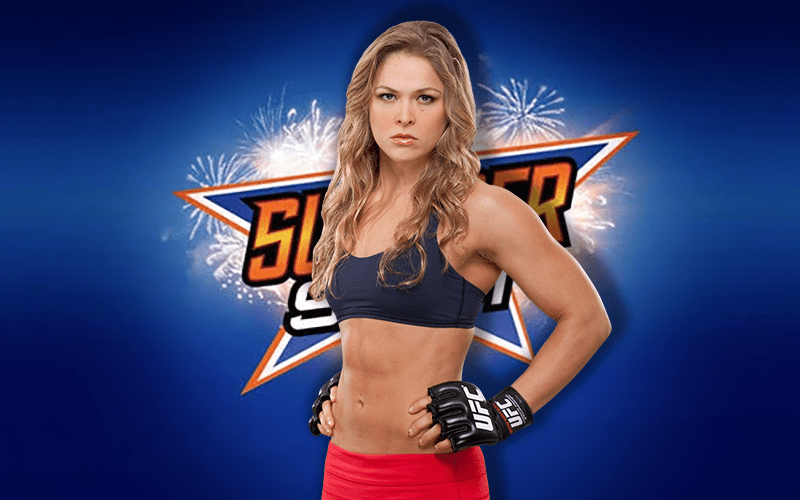 While Ronda Rousey has yet to be confirmed for this year’s SummerSlam event, she is already being featured on promotional material for the event.

The first look at a WWE SummerSlam ticket featuring Ronda Rousey. The event takes place August 19 at the Barclays Center in Brooklyn. pic.twitter.com/Um9lfmVGsI