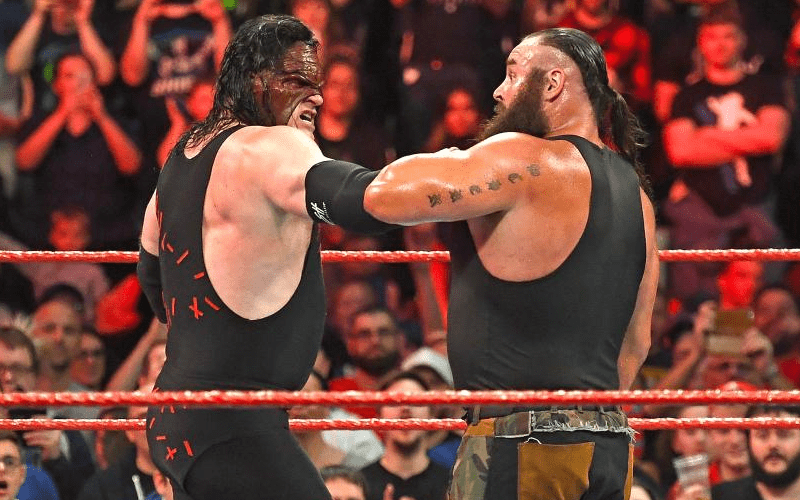 WWE announced on Monday’s episode of RAW that there will be a “Second Chance” match for next week’s show that features the losers of the Elimination Chamber qualifying matches. WWE absolutely made no mention of Kane even though he was one of the WWE Superstars who lost a qualifying match.

Dave Meltzer reported on the latest installment of Wrestling Observer Radio that there is a slight chance that Kane could appear at the Elimination Chamber event and cost Braun Strowman his fall in The Chamber match. This could be why the company mentioned that “Kane sat up” at the medical faculties after the attack by Strowman.

While Kane is dealing with nagging injuries he is also involved in the Knox County election where he is a candidate for mayor. Eventually he will be taking time off but before he does WWE may use him as an “out” for Roman Reigns to win the Elimination Chamber.