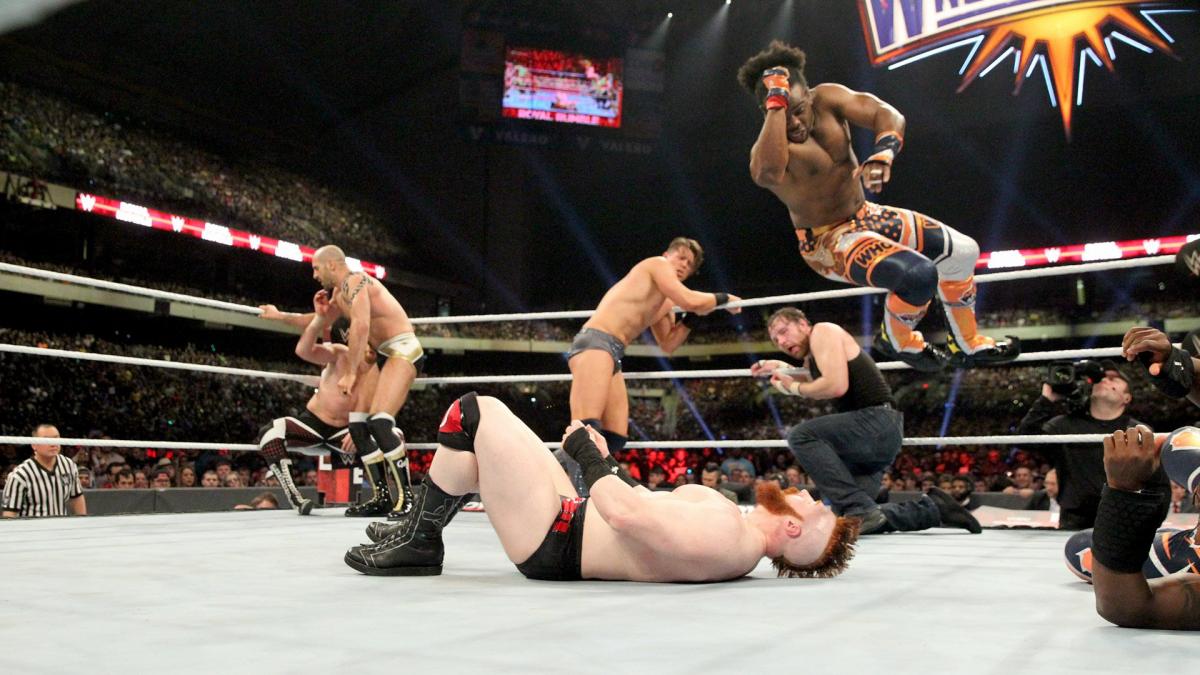 Unless you’ve been looking at betting odds for the Royal Rumble, no one is sure who is going to win. It could be Roman Reigns. It might be Shinsuke Nakamura. Heck, even John Cena might win.

Since many of us don’t quite know who the winner will be just yet, we’d like to be pleasantly surprised. Here are three winners who could do just that. Kofi Kingston has been in WWE for a decade. In that time, he won the Intercontinental Championship four times, the United States Championship three times, and the Tag Team Championship seven times. He’s also a part of the longest reigning Tag Team Champions, the New Day. He’s spent over 25% of his time in WWE as a champion, yet he’s never won the World title.

It’s been a running thing now for a few years where Kofi almost gets eliminated from the Royal Rumble but escapes in a cool way (except for the one last year; that looked lame and dangerous). Eventually, though, he gets tossed overboard and heads to the back. If the traditional “Kofi spot” happened during the final two, people would lose their minds. They’d lose them even more when Kofi tosses out the last guy and wins the Royal Rumble.

Fans have wanted to see Kofi Kingston win the big one since his feud with Randy Orton back in 2009. He was almost a star. Right now might be too late for Kofi Kingston, but should he win the Royal Rumble and become WWE Champion at Wrestlemania, people are going to love it. There’s no way in hell this one is happening, but it would be super swell. Both Rusev and Aiden English have announced their participation in the Royal Rumble, and while they’re there to get eliminated, it would be undeniably crazy if Rusev won.

The man is charismatic, people love him, and he’s a pretty good wrestler. He’s pretty much the complete package. Why WWE has failed to pull the trigger on the Bulgarian Brute multiple times is beyond me, but whatever. Rusev is a star in the making.

If Rusev were to win the Rumble, it would be a nice return to form. The Rumble’s been used to push new guys to the main event scene (think Batista, Alberto Del Rio). In the last 6 years, 5 former champions (and 2 former Rumble winners) have won. People expect former champions to win now. Rusev would shock everyone by winning.

It would be even crazier if he defended his title shot against some dudes and then beat AJ Styles for the WWE Championship at Wrestlemania. On Rusev Day, no less. While Finn Balor is a former Universal Champion (thus adding another former “world” champion to the list of Rumble winners), it sure doesn’t seem like it. He spent 2017 floating around, kicking Bray Wyatt’s ass and getting chokeslammed by Kane. He also got hit with a guitar by Elias. Fun.

Imagine if Balor were to win the Royal Rumble, presumably with the help of Gallows and Anderson. However, instead of challenging for the Universal Championship, he jumps ship to Smackdown to challenge AJ Styles for the WWE Championship. Even if Smackdown’s already decided an opponent for Styles (be it Nakamura or even Orton), Balor inserts himself into the match to make it a triple threat, and an awesome triple threat at that.

This would allow Balor to move to Smackdown to escape the crowded upper-card of Raw. It would also give a main event for the smarks who’ve decided Reigns v. Lesnar II: Electric Boogaloo will suck (even though it probably won’t). While this is surely nothing more than a pipe dream, it would be a hell of a surprise.