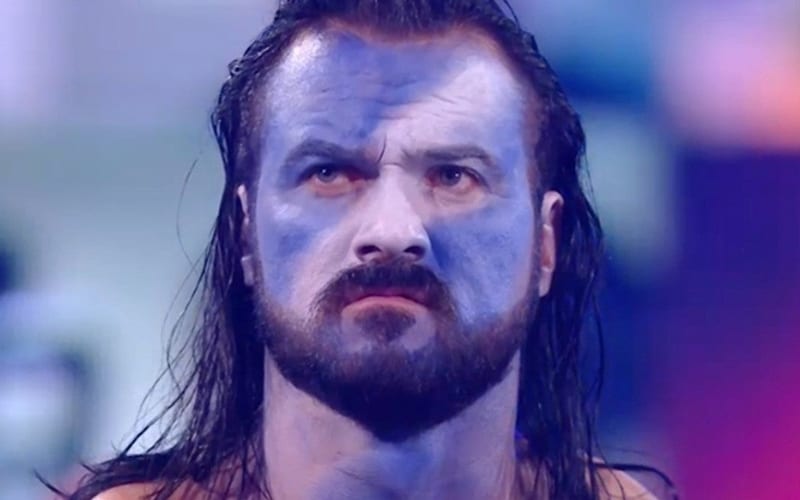 WWE Fastlane included a brutal contest between Drew McIntyre and Sheamus. The Scottish Warrior wore face paint like William Wallace from Braveheart. That was a look that he didn’t get approved until very late in the game.

While speaking to the Getting Over podcast, McIntyre revealed that he didn’t get permission to wear that blue and white face paint until around 7:00 PM, after the show was already on the air. Thankfully, Vince McMahon was okay with that look so McIntyre didn’t have to scramble and wash his face.

“It was my idea. About 4 or 5 p.m. and I didn’t get it approved until 7 p.m., once we were already on the air. Corey Graves and Seth Rollins were talking and I made a comment to Seth about his ‘drip’ and I thought to myself, ‘I’m not the best-dressed guy in the, just wearing shorts and a t-shirt 90% of the time or a kilt the rest. I could wear face paint. That makes sense. It’s the third match, it’s the war paint.’ If I was ever going to do the Braveheart face paint, this was the time to do it because it was literally going to be a war. I tried to get it approved, couldn’t get word back from anyone. I went straight to Vince himself around 7 p.m., explained to him what I was thinking and he approved it. I ran to make-up to get myself together to tie my boots and get my face painted. I put on the last few strokes myself and headed to the ring. It was very last minute.”

We’ll have to see if Drew McIntyre brings the face paint back at WrestleMania. He will face Bobby Lashley for the WWE Title at the show of shows. Their match will be a main event for night one, but that doesn’t necessarily mean they will be closing out the show.