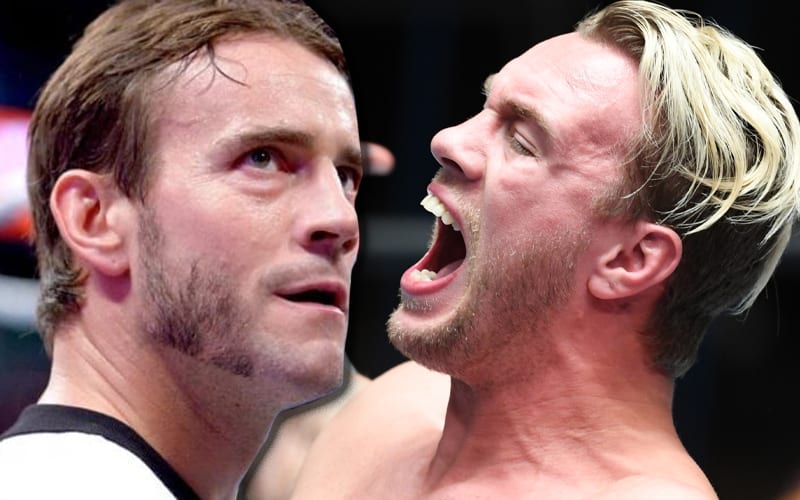 Will Ospreay challenged Kota Ibushi for the IWGP World Heavyweight Championship at NJPW’s Sakura Genesis event. Ospreay did the impossible and ended up defeating Ibushi to become the new champion.

During the post-event press conference, Will Ospreay called out WWE Superstar Drew McIntyre for a cross-promotional match in the future. However, immediately afterwards, Ospreay mentioned former WWE Superstar CM Punk and proceeded to CM Punk to an IWGP World Heavyweight Title match.

”Before I was the IWGP World Heavyweight Champion, a man who sparked a whole industry of getting the wrestling world interested in, named CM Punk, was interested in facing Will Ospreay.”

“Well now I have the biggest prize in pro wrestling, so if you really are wanting to prove to yourself that you’re the best in the world, come over to here[pointing at the title] and come and take this.”

CM Punk had mentioned during the Swing and Mrs. radio show back in March 2020 that he would be interested in squaring off against Will Ospreay in a match.

“For people I haven’t ever wrestled before? I think Will Ospreay” CM Punk noted on the show. “I would listen to your idea. But there’s — like, I said, there’s a lot of moving parts. But I’m busy doing other stuff.”

“And nobody, I think, has found the right combination of ways to approach me” Punk continued. “It’s not all up to me, ladies and gentlemen. It’s up to the people who actually run the companies.”

This is certainly an interesting challenge laid out by Will Ospreay. CM Punk has yet to respond to the challenge. We will have to see if CM Punk will decide to face off against Will Ospreay as anything is possible in pro wrestling.