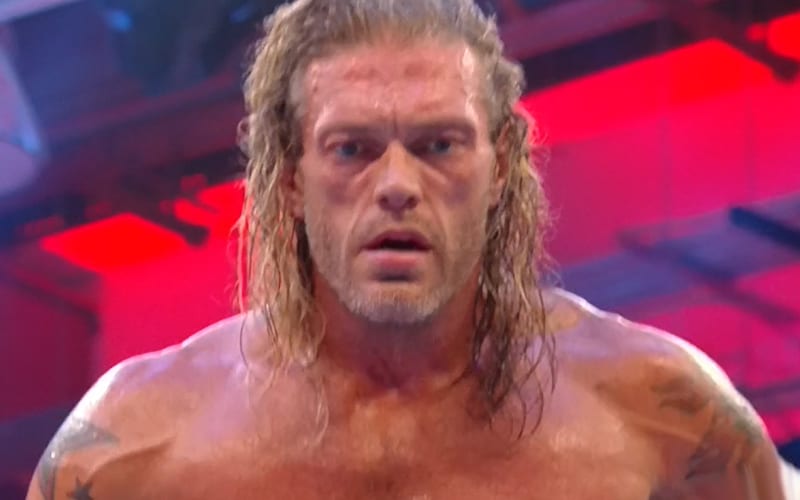 The COVID-19 pandemic took over the world last year and that includes pro wrestling. WWE was forced to make several changes to their plans and that includes having WrestleMania 36 take place in the WWE Performance Center with no live audience in attendance.

This resulted in many matches missing the true atmosphere one can get from fans, especially for Drew McIntyre’s monumental win over Brock Lesnar for the WWE Championship. It seems a WWE Hall Of Famer felt bad for McIntyre due to this.

While speaking to Sports Illustrated Media Podcast, Edge was asked what he thought of the circumstances surrounding WrestleMania 36. Edge stated that he really felt bad for Drew McIntyre and Rhea Ripley as both competed in arguably their biggest matches and there was no live crowd to witness them.

“If I look at it from (the standpoint of) the roster, I feel more for a guy like Drew McIntyre, who finally gets to the pinnacle of this thing that he works so hard to get to, and there’s nobody there for it. So I feel more for a guy like that because I’ve had plenty of those moments, you know. And I can focus on the positives. But those were the guys and girls who I felt for. Rhea Ripley, who’s in her first WrestleMania and she’s wrestling Charlotte and there’s nobody there… They’ve got loads more in front of them, which is amazing, but that had to have been tough.”

Drew McIntyre is set to challenge Bobby Lashley for the WWE Championship and Rhea Ripley will challenge Asuka for the RAW Women’s Championship at WrestleMania 37. This time around things will be different as there will be a limited capacity audience in attendance so that both Superstars can finally compete in front of a live audience and feed off their energy.