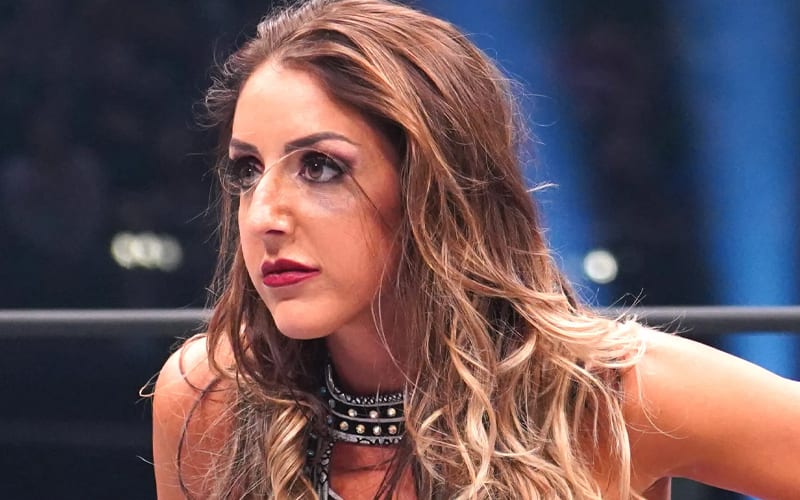 The AEW Women’s Division has received a fair amount of criticism from certain fans because of how little they are featured. Some of their matches have been less than stellar as well.

While speaking to Wrestle Talk, Britt Baker said that we’re dealing with a generation of “microwave babies.” Nobody wants to wait on anything to marinate and really get good. The women’s division also had a lot of inexperienced talent and that also played a factor into taking it longer for the division to grow.

“I think it kind of speaks of our generation as a whole where we’re microwave babies. We want everything now. We don’t want to wait for stuff to cook, to marinade, we wanna walk over to the microwave, put my Hot Pocket in there, and eat it in two minutes, right? It doesn’t work like that in real life. Things don’t happen overnight. There’s very rarely a success overnight. Things take time, so I feel like I’ve been a broken record on a lot of these interviews saying just give us time, we’re brand new.

“Not only that, the women’s division especially has little to no TV experience. So we’re learning on the fly for your entertainment, so please be patient with us. I know we’re superstars, we’re rockstars, we’re supposed to be the best of the best, and we are going to be, and I am. But, with that being said, you need to have a little bit of freakin’ patience and if everyone would have listened to me from day one, we wouldn’t even be having this conversation because people wouldn’t have been bitching essentially.

“(They’re saying we) deserve more, but it needs to be the right time and everybody needs to be ready for the opportunity as well. And a part of me is thankful for all the criticism because if we didn’t have it, I don’t think I would have had as much of a fire under my ass for this main event match. Because I love to say, ‘I told you so’, I’m a heel, but I love to prove people wrong. And we had so many eyes on the match because, let’s say it, some people probably wanted to see it fail, and it to not be main event worthy. Which is great, because if that’s why more people tuned in, we love you for it.”

AEW consistently features tons of women’s matches on AEW Dark because it is giving those women the experience they need. It might take some time, but Britt Baker is very sure that she is leading the AEW Women’s Division into a very bright future.