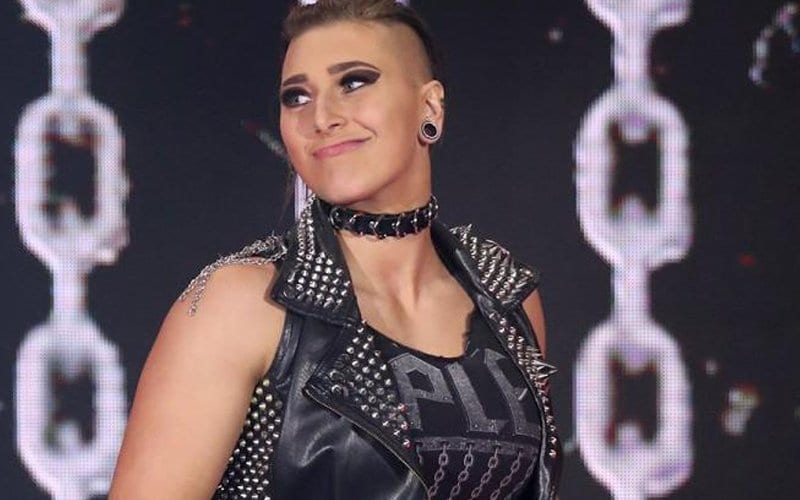 Charlotte Flair defeated Rhea Ripley for the NXT Women’s Title at last year’s WrestleMania. There’s a chance that the two will meet again this year. Rhea Ripley would be down if that happened.

Flair has not been added to the RAW Women’s Title match yet. She was backstage during RAW this week, but she wasn’t used. While speaking to the New York Post, Rhea Ripley seemed to invite the challenge of adding The Queen to her second WrestleMania match.

“I’d be down for the match if she got added, but also in a selfish way I really want to have a one-on-one match with Asuka. It’s something that I’ve wanted for a long, long time. I’ve always wanted to step in the ring with Asuka and we haven’t had a one-on-one match ever. So I think there is that it factor that everyone is really excited about. If Charlotte gets added to the match, I’m still not going to complain. It’s still going to be a fantastic match and it’s going to be a fantastic story.”

As of this writing, Asuka is set to defend the RAW Women’s Title against Rhea Ripley in a singles match. Charlotte Flair might find herself in that match this year, but it’s really Vince McMahon’s call.