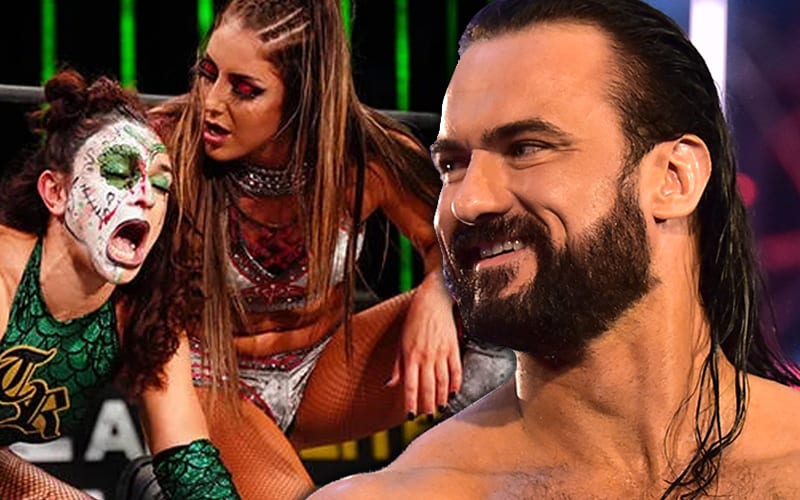 Britt Baker and Thunder Rosa competed against each other in a Lights Out match on a recent episode of AEW Dynamite. The match was very brutal as both competitors were bloody and it also received a lot of praise after the conclusion of the match.

There is no doubt the match helped cement the careers of both Baker and Rosa. Now it seems a top WWE Superstar reached out to Britt Baker regarding the match. While speaking on Oral Sessions with Renee Paquette, Baker said that former WWE Champion Drew McIntyre texted her after the end of the match.

She added that even Bayley reached out to her as well.

“Drew McIntyre messaged me, and I was really excited about that! Oh, my gosh, there were so many people. Trent Seven, who I think is one of the funniest people on the planet, messaged me. I had a nice message exchange yesterday with the other ‘Role Model’, Bayley. She’s one of my favorites. I’m literally a fangirl for her.”

Many fans already consider Britt Baker the face of the AEW Women’s division after her performance in the Lights Out match. We will have to see if this will lead to an AEW Women’s Title match for Baker eventually.