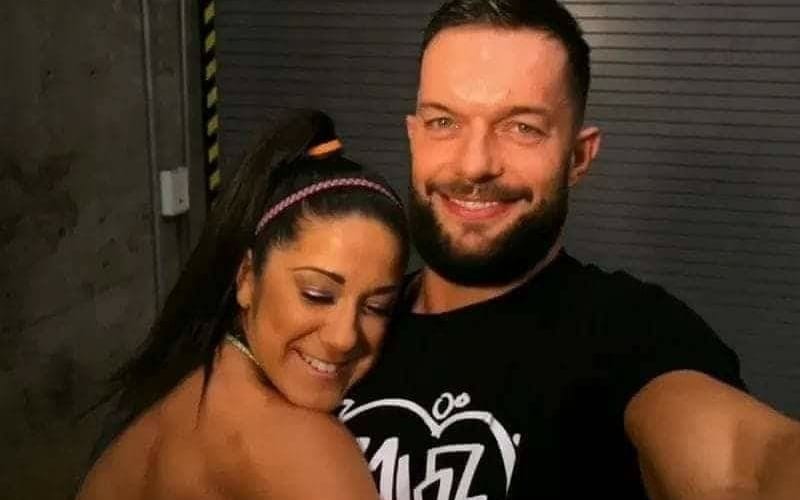 The rumor mill has a tendency to churn double-time whenever relationship news is at hand. Finn Balor and Bayley have a unique friendship, but it never went any further than that.

Bayley and Aaron Solow broke off their long engagement recently. She is single, but Balor is married. She addressed these longstanding rumors of a relationship with the NXT Champion while speaking to Oral Sessions.

“Oh, my God!” she replied before explaining her friendship with Balor. “Well, we had an awesome story… it wasn’t even a storyline. We kind of made it up ourselves in NXT. He sprained his ankle, so he wasn’t having a match. Everybody thought it would be funny if I did his entrance cause my character was just so, whatever. And then they loved it so much it got so many views on YouTube, and then he did my entrance, and then they started teaming us up together on NXT shows. I think people liked it because it was such different characters. He was The Demon, and teaming us up together was insane.

“One time – I got in trouble with this in my past relationship – we took a picture with his parents, and people were like, ‘Oh, my God, are they really together?’ We’ obviously aren’t married. He’s married to a beautiful woman, and he seems so happy. That was so much fun. We had so much fun with each other.”

Rumors can snowball and some fans might have been under the assumption that the Demon King and The Hugger were more than a mixed tag team. That is not the case after all, but it is pretty interesting to finally hear Bayley’s side of the story. Apparently, that photograph got her in trouble with her relationship at the time.