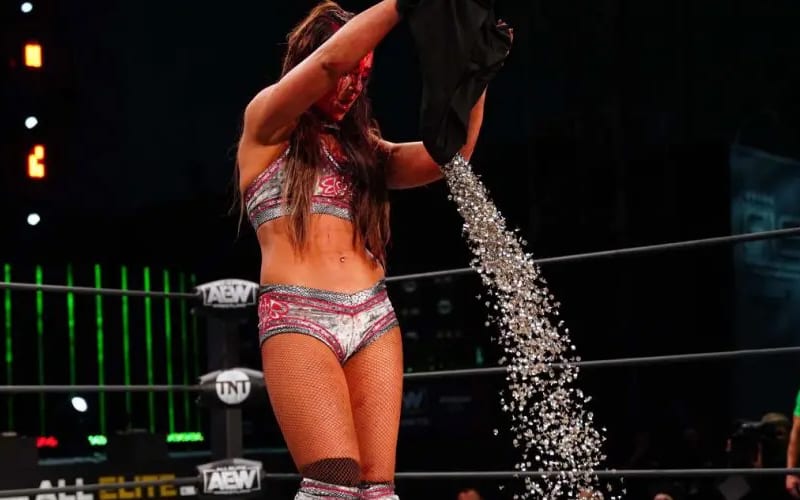 AEW presented a very unique unsanctioned match featuring Britt Baker and Thunder Rosa, but some fans weren’t fans of the brutality. It turns out that some female fans rejected AEW’s bloody women’s match.

According to the Wrestling Observer Newsletter, there was a trend in female viewers not liking the Baker vs Rosa match. It was said that even long time female fans of AEW didn’t like the match, but it did draw in more male viewers.

As far as the women declines go, in asking around with women that are AEW fans, the one thing mentioned is the blood and the tables over-and-over. The Britt Baker vs. Thunder Rosa match was huge as far as drawing male viewers from NXT over, but not with women coming over from NXT. One longtime female fan who I’ve known since childhood who loves AEW surprised me saying that she didn’t like the match, and it was the blood and the weapons that were the reason why because she respected how hard they were working.

Britt Baker and Thunder Rosa caused a lot of attention with that match. Fans are still talking about it today and Baker was “ready to die” for it. Apparently, some female fans didn’t like it as much as AEW might have expected them to.

wpDiscuz
30
0
Would love your thoughts, please comment.x
()
x
| Reply
Report this comment
You are going to send email to
Move Comment