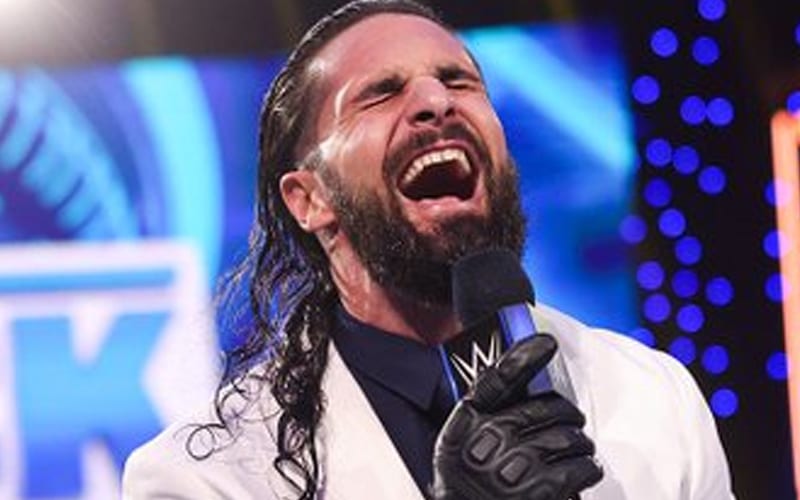 Seth Rollins lives a pretty sweet life and he wants everyone to embrace the vision as well. The former WWE Champion is on his way to WrestleMania, but he must make it to SmackDown first.

Rollins sent out a tweet while claiming to be in his private jet. He promised another “HUUGE SMACKDOWN” tomorrow night in the process.

On my COOL GUY PRIVATE JET TO TAMPA! Can’t wait for ANOTHER HUUGE SMACKDOWN tomorrow night feat. YOURS TRULY & crew! It’s gonna be SO GOOD!

Seth Rollins seems to be headed toward a WrestleMania match against Cesaro. It wouldn’t be a big surprise to see them announce that match this week. WWE added several matches to the show of shows during RAW this week, so SmackDown might not be any different.