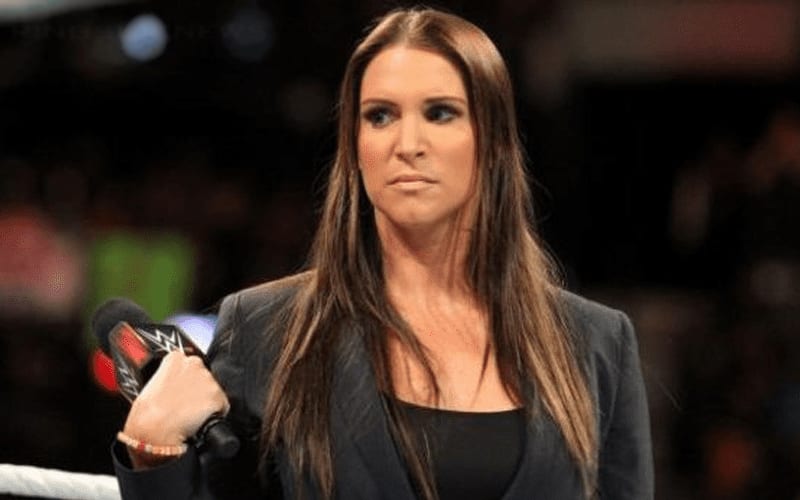 Stephanie McMahon is CBO of WWE and a role model for girls all over who want to look toward someone who is successful in the business world. It took a lot of hard work to get there for Stephanie.

Cosmopolitan Middle East recently spoke to Stephanie McMahon where they asked her if she ever felt that her opinion was lesser than her male counterparts. She confirmed that she has felt that way in the past, but she just had to “speak louder” in those situations.

“Definitely. I have been the only woman in very large groups of male dominated meetings. Growing up in this business, I have the advantage of being the boss’s daughter but there have certainly been times where I have felt like my voice didn’t matter as much. And in those situations, you just have to speak louder.”

“You have to grab the moment because you cannot let it intimidate you. If you have a point that you want to make, make it. Call it out when you’re not being listened to. I have a colleague in a media industry board. She was the only woman in the board. And they were all having conversations about what to do about gender inequality and not one of them asked her.”

“She sat back and let it happen for 10 minutes and finally raised her hand and asked, ‘Hey guys, don’t you think it is a problem that we’re having a conversation about gender inequality and you’re not talking to me?’ And they were all shocked. They weren’t even aware that they were doing this. It is a tough spot, but you need to have the confidence to use your voice and call it out.”

Stephanie McMahon is set to maintain her role in WWE for years to come. There were a lot of obstacles for her, but she has more than proven her value at this point. Still, it’s interesting to know how she dealt with situations like that as she simply made it known that she wasn’t going to settle feeling lesser than anyone else.