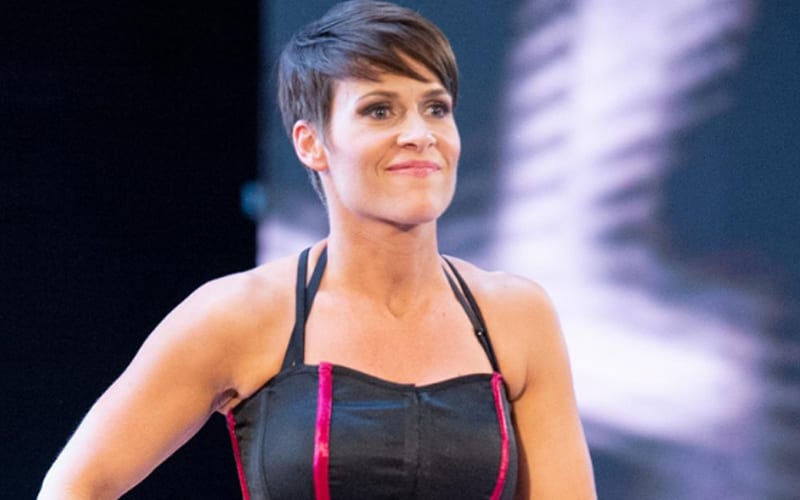 Molly Holly is set to be inducted into the WWE Hall of Fame during the April 6th ceremony. She also had an opportunity to make a return on a more official level, but she declined it.

While speaking to the Talkin’ Sass podcast, Molly Holly revealed that she had an offer to become a coach at the WWE Performance Center, but she didn’t want that gig. She just wasn’t at a place where that job excited her.

“Yes they have [asked me to coach at the Performance Center] and I just don’t want to. It sounds terrible but I’m just — I’m so far removed from that world. I don’t want to be this like grizzled, bitter, jaded trainer who is like, I don’t know. They need to have trainers who are passionate about pro wrestling, who love the psychology of it because you can meet certain people on the indies or people who used to work for WWE or people who do work for WWE and they just light up when their creative juices are going and they’re like, ‘Oh, you could do this, you could do that’ and it’s like, those are the kind of people you need to have as a trainer. Even though back in the day, I might’ve had skills or experience as a trainer, I’m not at that place now where I feel excited about doing that type of job”

It’s always great to see Molly Holly and she is deserving of a WWE Hall of Fame induction as well. Perhaps she will rethink the opportunity to coach at the Performance Center. If she ever changes her mind then she knows who to call.