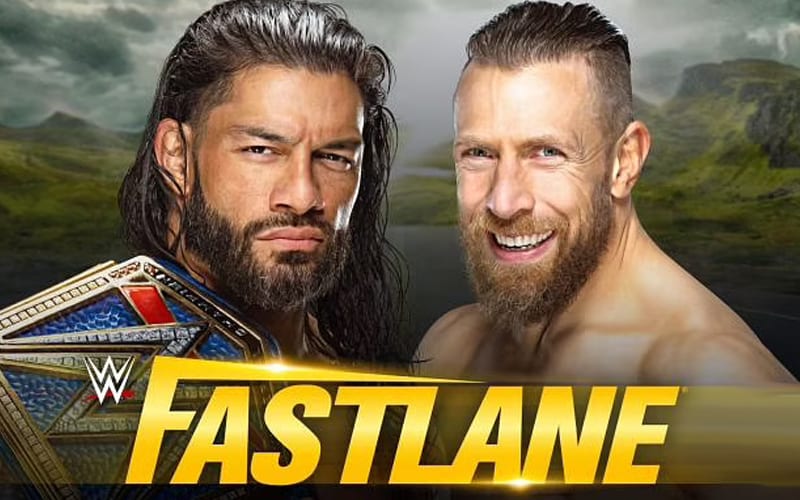 WWE Fastlane is the company’s final pay-per-view before WrestleMania. We will have complete coverage of the event right here at Ringside News. The kickoff show starts at 6:00 PM EST with the main card beginning at 7:00 PM EST.

Roman Reigns will defend the WWE Universal Title against Daniel Bryan. Edge will be the special guest enforcer for that match.

The WWE Women’s Tag Team Titles will also be on the line as Shayna Baszler and Nia Jax defend their titles against Sasha Banks and Bianca Belair. Banks and Belair are set to face each other at WrestleMania, so that could be interesting.

The IC Title is on the line as Big E defends against Apollo Crews. Also, Drew McIntyre and Sheamus will battle in a No Holds Barred match.

We will have to see if WWE surprises fans to really accelerate on the road to WrestleMania. We will have all of the coverage and shocking moments right here at Ringside News. You can check out the updated card below.