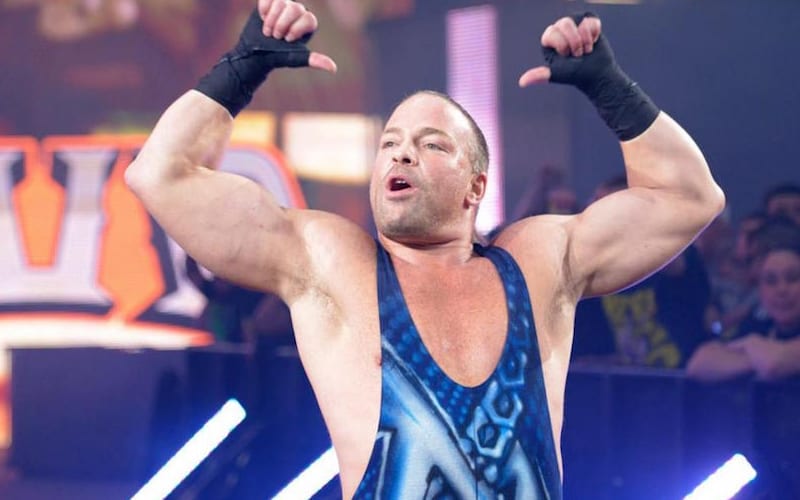 RVD remains one of the most technically-gifted pro wrestlers to have ever competed inside the squared circle. The pro wrestling legend has competed in several promotions such as ECW, WCW, WWE, and IMPACT Wrestling during his career that has lasted over thirty years.

While speaking to The Dropkick Podcast, RVD talked about making a potential return to WWE. RVD stated that he would only return if the schedule is not as hectic and there would be a lot of money involved.

“One thing that I know is that there’s no way that I would ever go back to the schedule that I was on. You know what I mean? Right now, the pandemic, it doesn’t look like anybody’s doing that schedule but I don’t expect that to last that much longer. Looks like my perspective is like the world is starting to open back up again and so I expect there to be some shows. In fact, I’m booked on a show coming up: Frontline Pro April 3rd in Wisconsin.”

“But you know money talks, you know what I mean? Like if it was right then it’s worth it, but definitely I don’t have any interest in being, you know [full-time]. I don’t get excited about working with young kids, I don’t miss being in the ring, I don’t care. If it’s worth it, it’s worth it. It’s not that I don’t care, but It’s just you know I go with the flow and that’s how I make my decisions. I wouldn’t hold my breath to see me wrestle on TV again.”

RVD hasn’t been seen in WWE since 2014, so it would definitely be a treat for fans to see him return to the company. We will have to see if he will ever come back. to WWE.