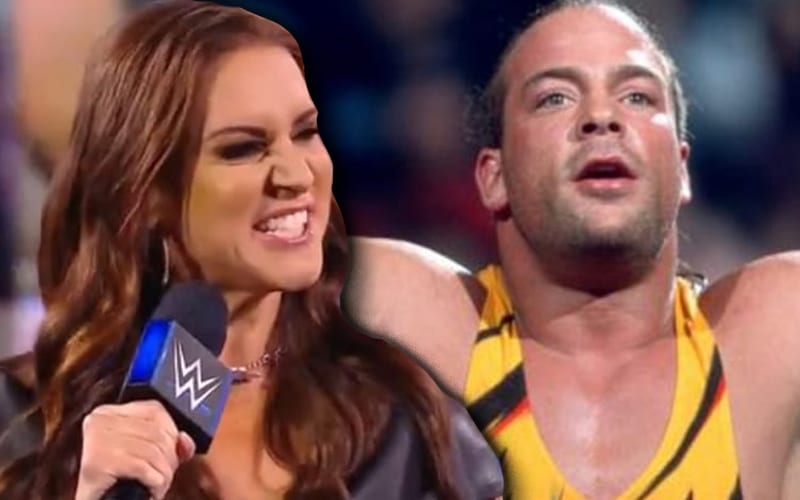 Stephanie McMahon has been involved in a few interesting angles throughout her time in WWE. She almost had a little tryst with the Whole F’n Show, but it wasn’t meant to be.

While speaking to The Dropkick Podcast, RVD revealed why an angle with Stephanie McMahon didn’t come to pass. He had to think about his home life, and he had an “evil ex” who was very insecure about things.

“Something that comes to mind is when I first got there they wanted me to do a bit of a romance angle with Stephanie and myself. And my evil ex was like the most insecure bitch on the planet and I was like thinking, ‘oh my God, this gonna cost me so much grief at home.’ We had a talk, me and Stephanie, and she said, ‘you know, just think of this like you’re an actor’. I was like, ‘that’s cool, except you call me Joe Blow because I’ve been Rob Van Dam for the last ten years’.”