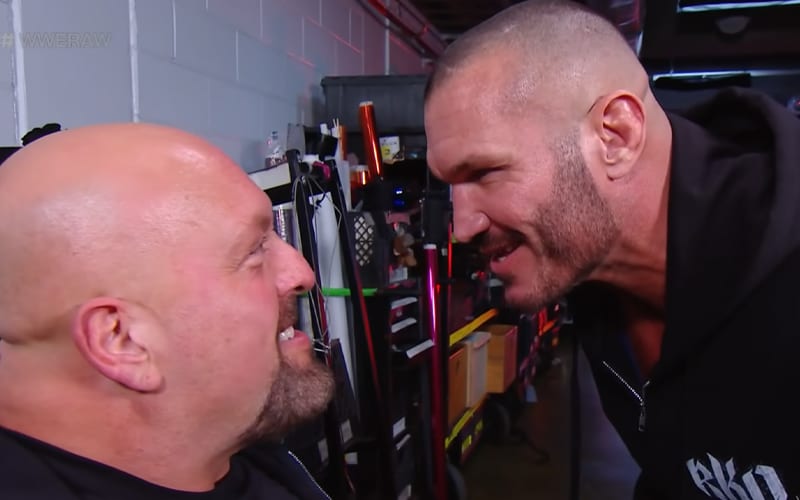 Paul Wight’s final appearance on WWE television was during Legends Night, and Randy Orton punked him out in a big way. This was not lost on the former Big Show.

During Talk Is Jericho, he discussed that final “horrendous” RAW appearance. He said that there were contract talks going on at the time. Paul Wight also revealed that sometimes WWE likes to make things awkward just to prove a point, and that’s what they did in this instance. Needless to say, Paul Wight wasn’t pleased.

“It’s part of the psychology of the game. They wanted Randy Orton to pie face me into a chair which is basically he would push me in the face and knock me down and then I’m just supposed to sit there in the chair and take it.  I’m like, well, he’s not going to shove me on my ass. No disrespect to Randy, but Randy knows he couldn’t do it if I didn’t want him to.”

“To do something, yeah, Randy can put his hand on my chest and I’ll sit down because I’m not going to fight Randy because he’s trying to get in my head. You can always do that story even though it’s the wrong story to tell with me. If Randy put his hands on me, in all seriousness, a giant should have knocked him the hell out in the hallway. That would have been good business. But then to go to the ring and sit on the ramp on the stage with Hogan and Flair and Booker and a lot of Hall Fame and Legends out there, they are really trying to shove me down the road.

Paul Wight seems much happier in AEW now. He wasn’t thrilled about his final appearance on RAW, but now he won’t have to worry about Vince McMahon’s booking decisions for a very long time.

WWE apparently wanted to “shove” Paul Wight “down the road,” and that’s what they did. Vince McMahon probably didn’t count on his giant picking up the phone and calling Tony Khan.