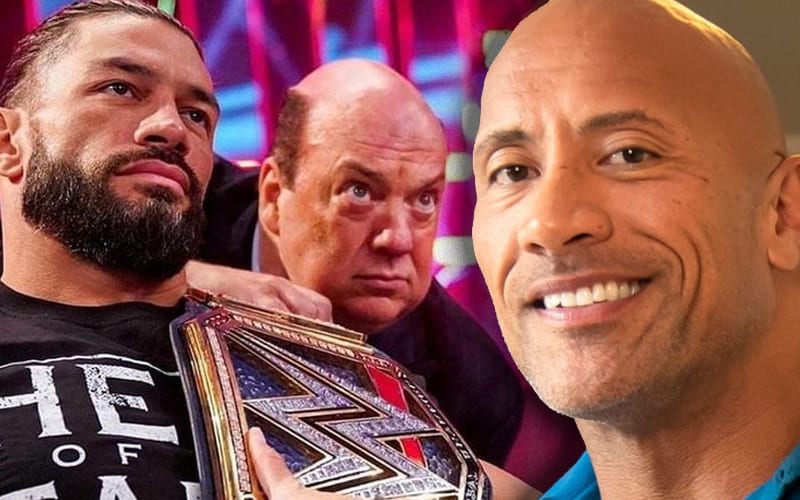 Roman Reigns is a big money draw in WWE, and there is a long line of people who would love to work with him. That list of people also includes some very high-profile names.

While speaking with Give Me Sport, Paul Heyman boasted that he has a cell phone full of messages from top names looking for a run with Roman Reigns in WWE. The Rock was one name that he confirmed is in his inbox. They are all looking to get a rub off the Tribal Chief, according to his Special Counsel.

“If I could show you one day’s worth of text messages, emails and calls that come into my phone from some of the biggest superstars in sports and entertainment on this planet, it would blow your mind.”

“Crossover celebrities in their prime would love to step into a WrestleMania ring with Roman Reigns. It’s not just Dwayne Johnson. The Rock is just one of many.”

“Top stars in many sports are yearning for the publicity, the notoriety, fame, legacy and money of main eventing WrestleMania with Roman Reigns.”

Roman Reigns is currently set to face Edge at WrestleMania. WWE Fastlane, the final pay-per-view before WrestleMania, is this Sunday. That could change things as Roman Reigns takes on Daniel Bryan with the Universal Title on the line.

We will have to see if The Rock can work a WWE return into his busy schedule. He already has a lot on his plate, but it’s nice to know he’s in contact with Paul Heyman about it.