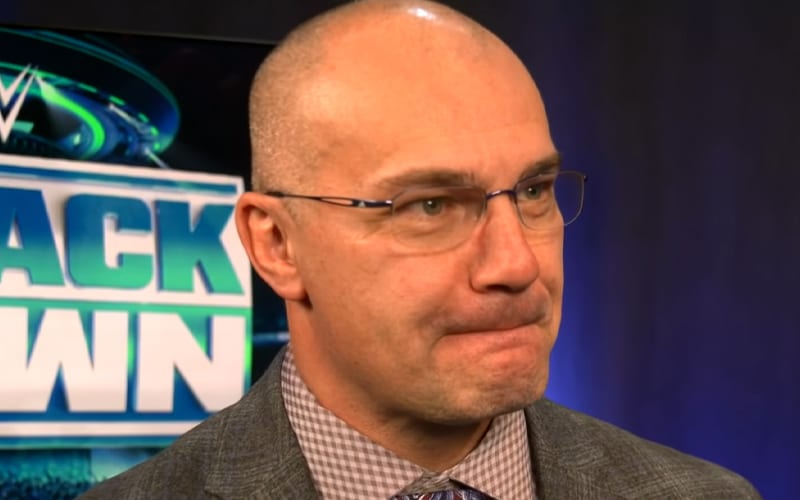 Pro wrestling fans used to flock to buildings to see a single name on the top of the card. That isn’t really the case now as there are no huge names that stand alone on their own.

During the Figure Four Daily podcast, Lance Storm opened up about today’s pro wrestling industry. He said that there are no single names who are draws on their own anymore. Then he elaborated on his point.

“There are people who are stars and when you have enough stars, you can draw. But, the concept of one individual person actually being a draw in today’s day and age, I just don’t buy it…He (Kenny Omega). He isn’t the draw. He wasn’t the change. You’ve got Sunday Night which may have been the difference. You’ve got Sting’s big first match in AEW. You’ve got the announcement of the new Hall of Fame worthy signee and you’ve got bombs.”

“I’m not trying to belittle Kenny Omega or anyone else. There is star power.  There are people who are perceived as stars and they have value, but one individual person of actually being a draw where if he is on the TV show, ratings go up, if he’s off the TV show ratings go down any significant amount, or ticket sales or buy rates, I just don’t buy that.”

“Think of one person in any company, really, that if that one person left, the company’s financial position would be drastically reduced…Pick anyone.  If Chris Jericho left AEW today, there’s not going to be a perceptible difference in their Wednesday Night rating. Their next PPV buy rate isn’t going to drop because Chris Jericho isn’t on it, or Kenny Omega, or Cody Rhodes or whoever. Granted, if you lost The Bucks, Kenny, and Cody, yeah, then you are losing a bunch of your star power and then your business would drop.”

The days of The Rock, Stone Cold, The Undertaker, and John Cena appearing on a bill are over. Now fans come for the entire show, and not just one performer. There are benefits and drawbacks for both situations. It certainly makes things difficult when trying to promote a show now.