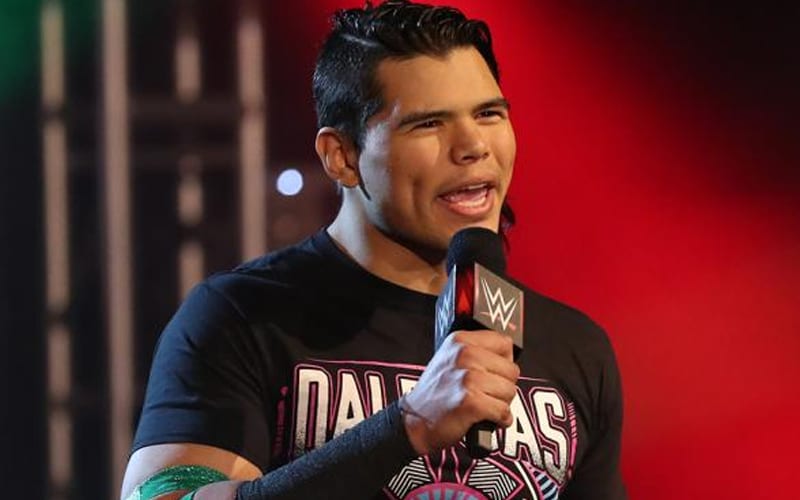 WWE Superstar Humberto Carrillo has been absent from mainstream WWE television for several months. Carrillo was last seen at WWE Survivor Series 2020 where he participated in the dual-brand battle royal on the pre-show of the pay-per-view.

Carrillo has spent most of time on WWE Main Event since then. However, it seems he is more than determined to make a huge comeback on WWE television. The RAW Superstar recently took to Instagram and showed off a picture of himself while working out at the gym.

Carrillo looks to be in amazing shape and absolutely jacked in the photo as he is seen doing hammer curls.

“Growing this avatar while I’m here..”

Currently, there is no indication that WWE will have him back on Monday Night RAW anytime soon. However, his insanely good physical condition will certainly not go unnoticed.