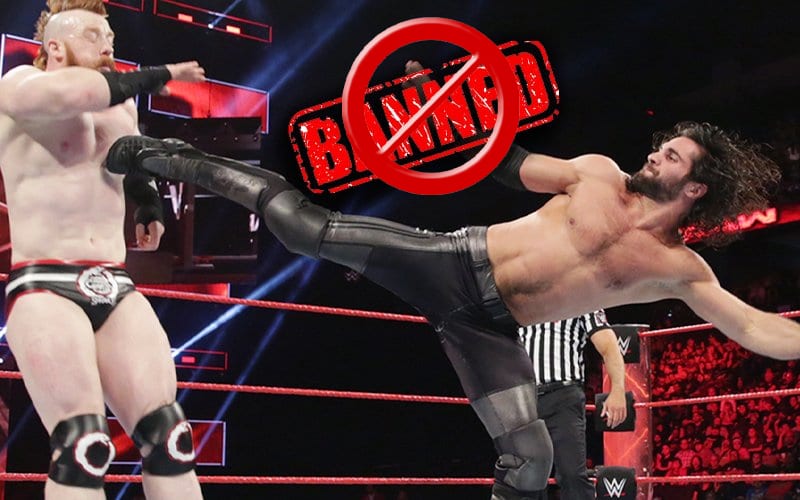 WWE put down an order that leg slapping during strikes is no longer allowed. This was an edict from Vince McMahon himself, but those backstage are doubtful that it will stick.

According to the Wrestling Observer Newsletter, the leg slapping ban might fall away just as the edict of not wrestling during commercial breaks went away.

It’s one of those things (remember the no wrestling during commercial breaks ban) that most figure will be forgotten about soon enough.

Slapping the leg during a kick is natural for some talent at this point. They will have to unlearn something that they were previously chastised for forgetting. Now they are not allowed to do it.

Jey Uso did slap his leg in his cage match with Daniel Bryan, but it was out of force of habit. We’ll have to see how quickly leg slapping returns to WWE television as Vince McMahon is likely to slowly get over how much he doesn’t like them.