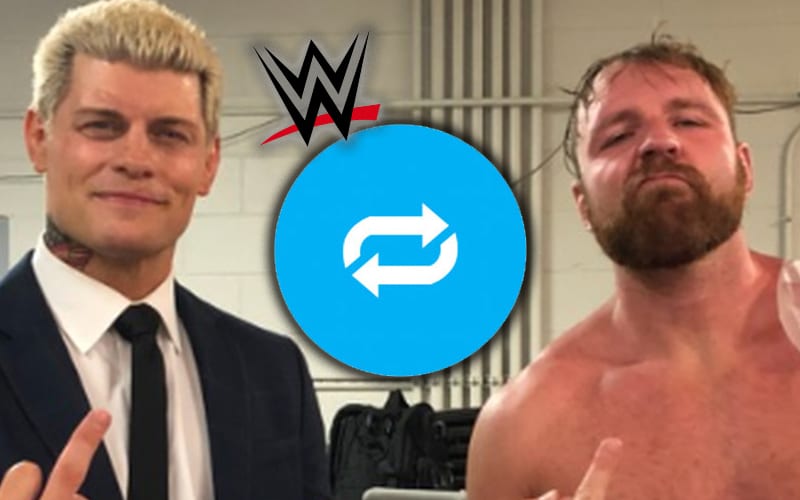 WWE has a lot of reach with their social media accounts. Apparently, not everyone got the memo that AEW is their competition.

Jon Moxley’s AEW debut at Double Or Nothing gave him and Cody Rhodes a great chance to throw up a middle finger for the camera. They recreated this when Cody and Moxley were both champions in AEW.

WWE France, a verified Twitter account, retweeted the photo of Jon Moxley holding the AEW World Title and Cody Rhodes holding the AEW TNT Title. They were both throwing up the bird just like after Double Or Nothing.

The retweet was rectified and now it is gone. We have pulled a screenshot from the Internet Wrestling Community, where it will live forever. You can check that out below.