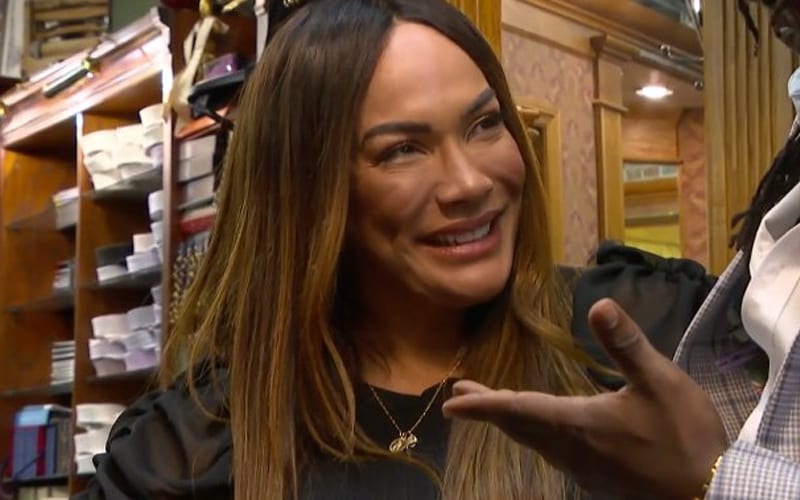 Nia Jax is 1/2 of the WWE Women’s Tag Team Champions, but she still has time to find love.

During SmackDown this week, Nia Jax took Reginald shopping. Carmella fired Reginald, but Nia Jax took him under her wing in a big way.

Reginald tried out several outfits and Nia Jax was all about this as he gave her a little fashion show. She even took photos of him and a selfie. Shayna Baszler was there, but she was bored and on her phone the entire time.