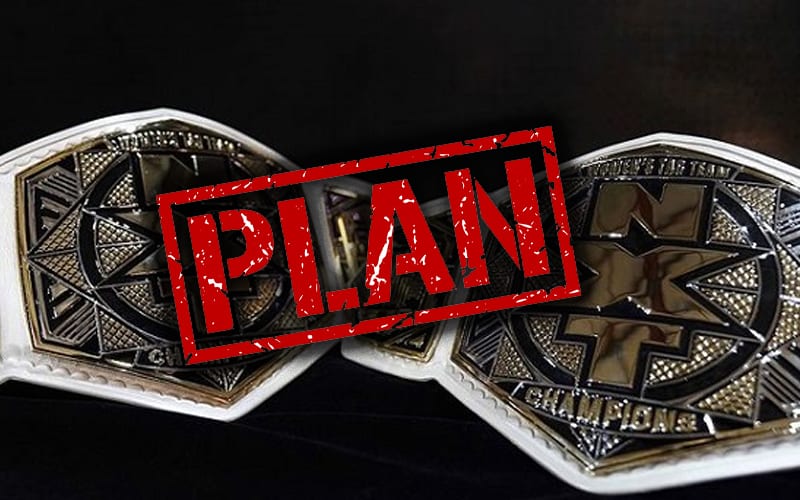 WWE debuted new NXT Women’s Tag Team Titles during NXT this week. Those titles have already changed hands, but the company’s original intention was for them to be around for much longer at this point.

During Wrestling Observer Live, Bryan Alvarez revealed WWE’s orginal intentions for the NXT Women’s Tag Team Titles. They wanted to debut those titles sooner than this, but they simply weren’t ready in time.

“Essentially the story is that they came up with the idea a while ago for Women’s Tag Team Championships [in NXT]. I don’t know why, but I think original idea was that the winners of the Women’s Dusty [Tournament] were gonna get the new titles, okay? For whatever reason, and I can’t answer this question for you, the Women’s Dusty ended up being rushed, okay? Remember the men had double the amount of competitors as the women. I don’t know what happened, but whatever happened, happened. The belts weren’t ready at the end when they crowned the winners of the Women’s Dusty.”

“So, they just gave them the trophy and they got the belts, and then for whatever reason whether it’s because they just did a tournament and they didn’t want to do another one, they came up for the idea, ‘well, they got screwed when they faced Nia and Shayna and now they’re being given the NXT Women’s Tag Team Titles.'”

WWE wanted to introduce those new titles eariler, but it takes a long time to manufacture. Dakoda Kai and Raquel Gonzalez were still granted the titles as planned, but they didn’t hold onto them for long.