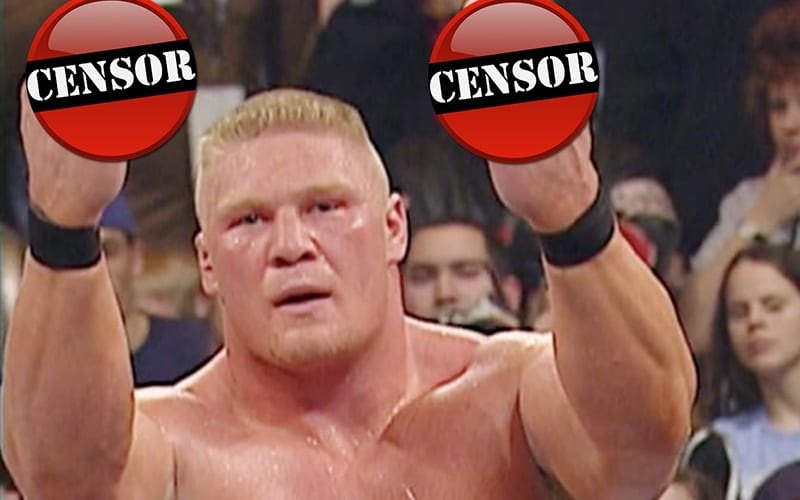 Brock Lesnar commands a very big payday whenever he steps in the ring. He doesn’t like leaving his Canadian property, let alone taking a flight. That paycheck better be worth his time and he’s not afraid to tell you about it if he’s not happy.

During Grilling JR, the WWE Hall of Fame announcer discussed a very interesting conversation with Brock Lesnar over his WrestleMania 20 payday. Lesnar was leaving the company for the NFL at the time. That didn’t pan out, but he still had dreams of becoming a Minnesota Viking.

WWE paid Brock Lesnar $250,000 for his services, but he had a problem with that check.

“Vince thought we were treating Brock well. He was making a lot of money, and I remember. I think the payoff, if I’m not mistaken, we did that show; I think he made $250,000, and so did Goldberg.”

“I remember sitting in my office in Stamford, and Vince’s assistant said, ‘Brock Lesnar is on the line; he wanted to talk to Vince, and Vince wants him to talk to you.’

“I said, ‘What are you basing this on? Did you do a forensic study on the finances of this event, or did one of your buddies tell you that you got screwed on your payoff? What are you basing this on? You’ve got to give me something here.’ You didn’t like it? And he said, ‘I just think you guys screwed me. I said, ‘well, we didn’t screw you, and I’m sorry you feel that way.’ And he hung up on me.”

“Look, I didn’t have a problem with him hanging up on me. He heard his answer – ‘You are not getting any more money. We think we paid you fairly.’ But it was not the phone call; I was thinking, thank god he was on the phone and not staring me down the gullet (laughs). He is a little intimidating. So, that’s how that worked out. We were really shocked that it had come to that.”

Brock Lesnar and WWE have yet to figure anything out that we’ve heard of. Then again, nobody heard about Lesnar’s deals until his music breaks out. That is when we’ll likely know he is on his way back to Vince McMahon’s company.