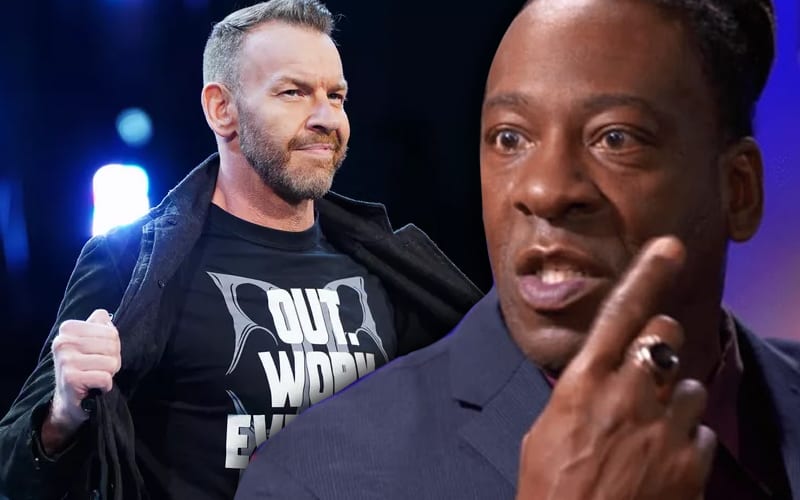 Former WWE Superstar Christian Cage shocked the world after he made his AEW debut at AEW Revolution. His signing became a major topic of discussion in the pro wrestling world since then. However, it seems one WWE Hall of Famer doesn’t like the fact that Christian Cage joined AEW.

While speaking on his Hall of Fame podcast, WWE Hall Of Famer Booker T shared his thoughts on Christian Cage leaving for AEW. Booker T noted that Christian Cage is the most underrated pro wrestler the business has ever produced.

Booker T then stated that he hates the fact that Cage joined AEW as WWE ended up losing a huge talent.

“Every time I was in a six-man or any type of match where it was more than one guy and myself and Christian was in the ring, I would never think about what to do. I would always go to Christian and say, ‘Christian, what am I doing tonight?’ He would say, ‘Ok, you’re going to do the spinaroonie right here. You’re going to do the scissor kick right here. You’re going to do that jumping side kick right here.’ He made it so easy for me. He is the most underrated, professional wrestler that this business has ever produced. I’m not just saying that because he’s my friend. He’s a guy that’s definitely been well underutilized as far as his talent and his skill and his mind goes for this business. He’s a guy that, me personally, I really hate that we lost. I must say that.”

As seen on this week’s episode of AEW Dynamite, Christian Cage has his sights set on Kenny Omega’s AEW World Championship. We will have to see how AEW will book their feud.