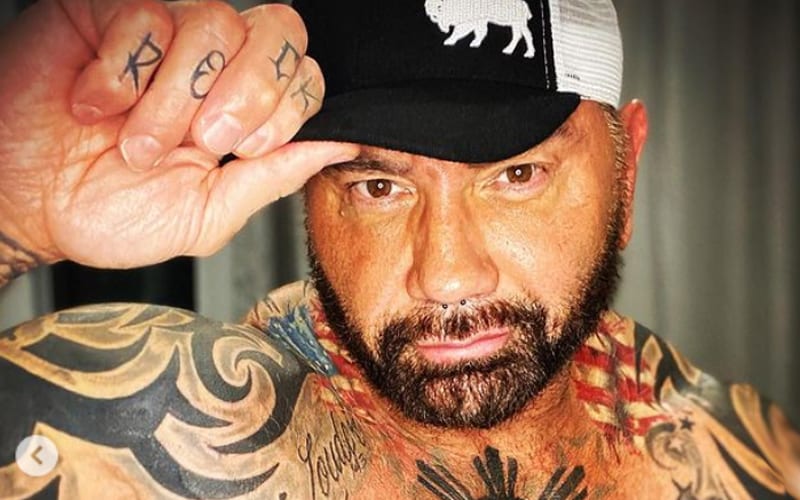 Batista is already covered in tattoos. That ink has cost him hours in a makeup chair if he needs to play a character in a film without a body full of tattoos, but he’s not stopping.

The former WWE Champion posted a photo on his Instagram to show off his new tattoo. He got a giant Medusa head on his stomach. It’s a pretty detailed design, and it took up a large portion of his torso.

There’s a new lady in my life. #Medusa

We’ll have to see if Batista gets any new tattoos. This is not the first time he surprised fans with a big tattoo. It certainly is a nice addition to his eclectic collection. You can check it out below.