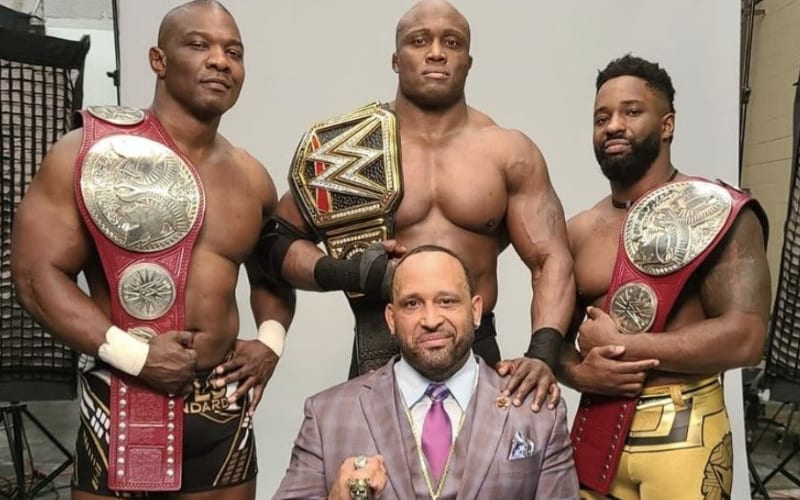 The Hurt Business has become one of the most dominant groups in the history of WWE. Since its inception last year, the company has made sure to book the stable well and the results speak for themselves.

While speaking to The Wrap, Bobby Lashley talked about how he came up with the name for the stable. It was due to a t-shirt that Lashley’s coach at American Top Team wore.

“It was me. I was thinking about this before, I was thinking about the whole thing before. Originally, a boxing coach that I had down in Coconut Creek at American Top Team. He used to always wear this T-shirt and I was like, man, that is incredible man, that needs to be in WWE because that’s my character. I just need a group. So I just loved it forever. And this was several years back, several, several years back, and I held onto it. And when we came, I was still holding onto it. And I was like man, I wanted to do something like that, but I need the right people involved.”

Lashley said that he checked if The Hurt Business name was under copyright or if someone else used it. When he saw that no one used it, Lashley asked his former boxing coach who actually came up with the name, if Lashley could use the name.. The coach gave him permission and the rest is history.

Bobby Lashley is the WWE Champion and Cedric Alexander & Shelton Benjamin are the RAW Tag Team Champions. It is likely the stable will continue to be booked strong for the foreseeable future.