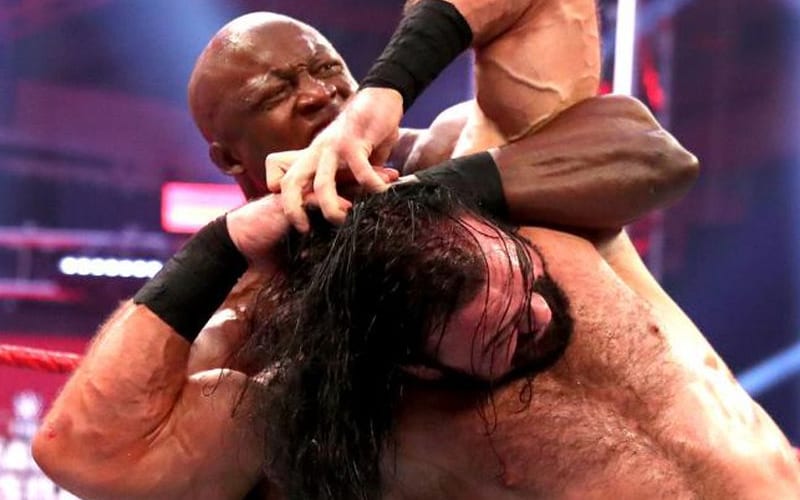 Bobby Lashley is WWE Champion and he enjoys being on top of WWE. He isn’t about to let that title slip from his hands easily, but he also isn’t running from anyone.

Drew McIntyre is currently engaged in a feud with Sheamus. It seems the two are set for a grueling match at Fastlane. You can click here for that spoiler.

Bobby Lashley sent out a tweet to McIntyre advising him not to worry about the WWE Title. The All Mighty will be there waiting after he’s done with Sheamus.

Don’t worry about me @DMcIntyreWWE. I’ll be here waiting.

You got enough to worry about with @WWESheamus.

Impress me though. Show me you have what it takes to go one-on-one with the All Mighty. #WWERaw

It seems that WrestleMania 37 will see Drew McIntyre coming after Bobby Lashley. This could also see McIntyre crowned WWE Champion in front of live fans to give him that big coronation Vince McMahon envisions for him. Of course, Bobby Lashley would obviously love to change that.