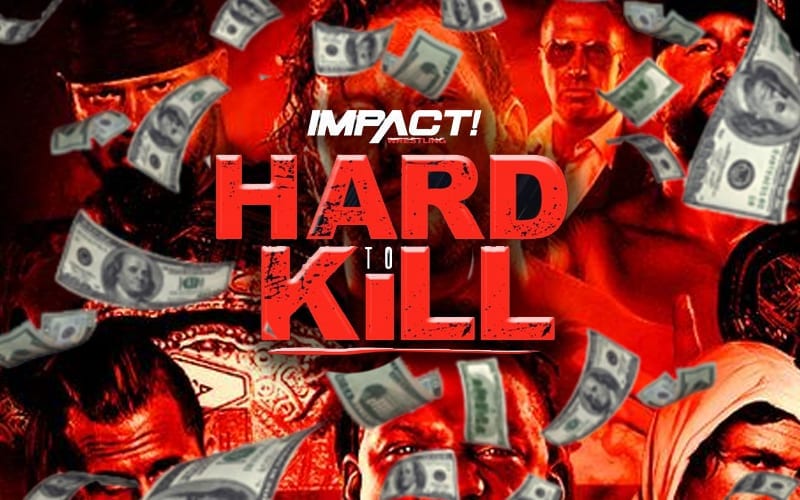 Impact Wrestling’s partnership with AEW really paid off when it come to pay-per-view buys.

According to the Wrestling Observer Newsletter, Impact Wrestling’s Hard To Kill event scored the second-highest pay-per-view buy rate since the company lost their deal with Spike in 2014.

The exact number of pay-per-view buys was not quoted. Hard To Kill was second only to last July’s Slammiversary event which was built around former WWE Superstars appearing. They used WWE’s massive April releases to sell pay-per-view buys, and they brought in several names in the process.

We will have to see what happens as AEW and Impact Wrestling’s relationship continues. Sammy Guevara was supposed to be a part of the partnership, but he was pulled due to a creative disagreement.