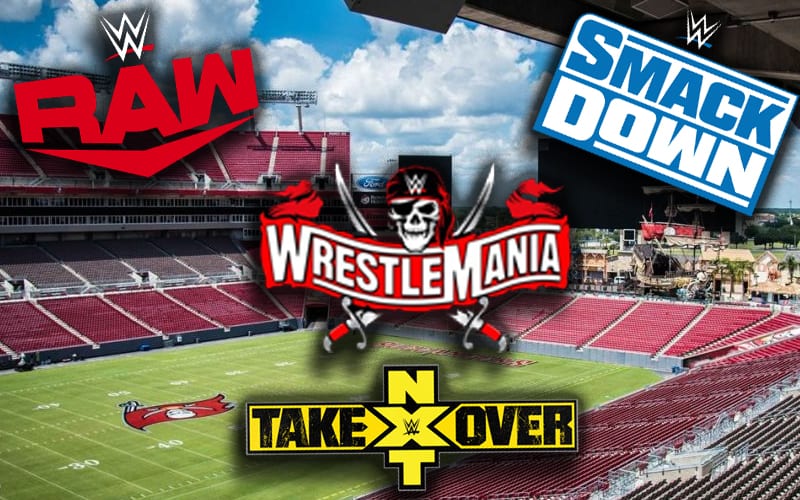 WWE is holding WrestleMania 37 at Raymond James Stadium. Ringside News exclusively reported in July that this was going to happen. Now WWE could have even bigger plans.

During Wrestling Observer Radio, Dave Meltzer discussed NXT’s current plan for TakeOver. There is a thought that they could use Raymond James Stadium for TakeOver and the other WWE shows on the week of WrestleMania to bring in fans and make the events as big as possible.

“The story I’ve heard is it will probably be from [the PC], but then I’ve heard some talk that maybe they’ll go to the [Raymond James Stadium] I guess they’ll announce that this week, because I’ve heard the idea of going to the stadium and having like 3,800 people for the two shows and then maybe if that was the case then you’d go to the stadium for SmackDown and RAW as well as the two-night WrestleMania which would be six straight nights at Raymond James Stadium if they do that, and they may not. The original idea I heard was that the NXT shows will be at the Performance Center, we’ll see. Then they move to Tuesday afterwards.”

We’ll have to see what WWE decides to do. They can’t wait to bring in live fans and they are operating in Florida, a state that will allow them that luxury.

WrestleMania week will be the biggest that WWE can make out of it this year. We will continue monitoring this situation for an official announcement. After all, tickets are not even on sale yet for WrestleMania.