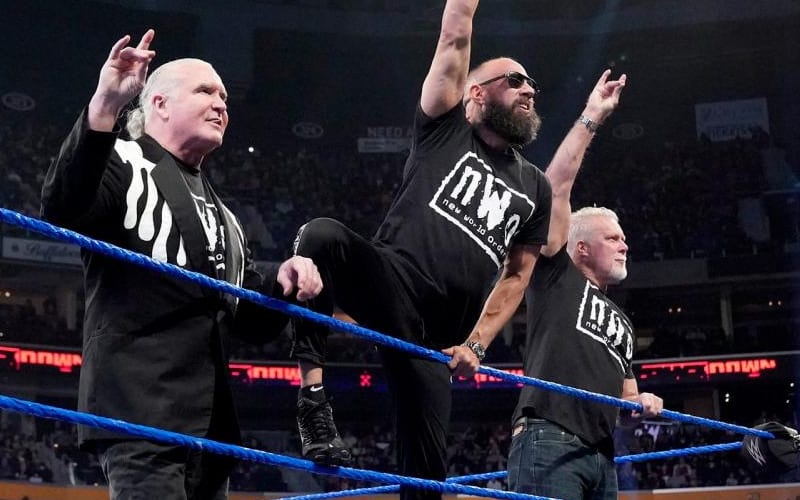 WWE had to figure out how to keep the show going while the pandemic swept the globe. There seems to be a light at the end of the tunnel, but it will be a very long time before anything is “back to normal” at all. Nikki Cross remembers the last time things felt normal.

Cross posted on Twitter to remember the last WWE show with fans. During that episode of SmackDown, the nWo were guests on A Moment of Bliss, and good times were had.

She then expressed how much she loves and misses each and every one of them.

Exactly one year ago today was the last time there was a @WWE show with fans in the arena.

I wish I had known then that it was going to be the last time for a while I got to see you all.

WWE is bringing back live fans for WrestleMania. We will have to wait and see how long it will be after that until they can make live fans a weekly part of their programming once again. Some are hopeful that the late summer might spell different situations, but we are still a long way off from things getting back to where they need to be in order for that to happen.