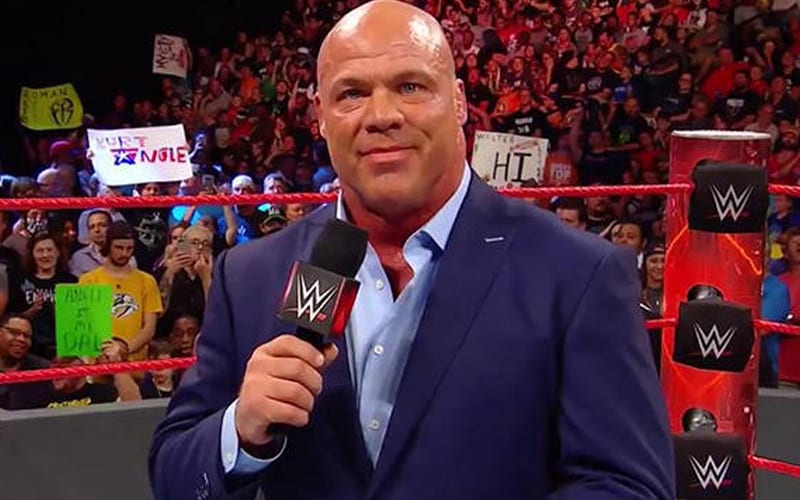 Kurt Angle left WWE, and he seems quite happy. Now he has a podcast where he can talk at length about whatever he chooses. WWE really tried to keep him in the fold, but he decided that it was time to move on.

During The Kurt Angle Show, he discussed the efforts that WWE went through in order to keep him around. They offered him several gigs, including managing Matt Riddle on the main roster, but he turned them all down.

We’ll have to see what’s next for Kurt Angle. He dropped a pretty big tease that he might be readying himself for some sort of a return to the ring. He is in great shape and might still have some matches left him in at this point, but he won’t be wrestling for WWE.