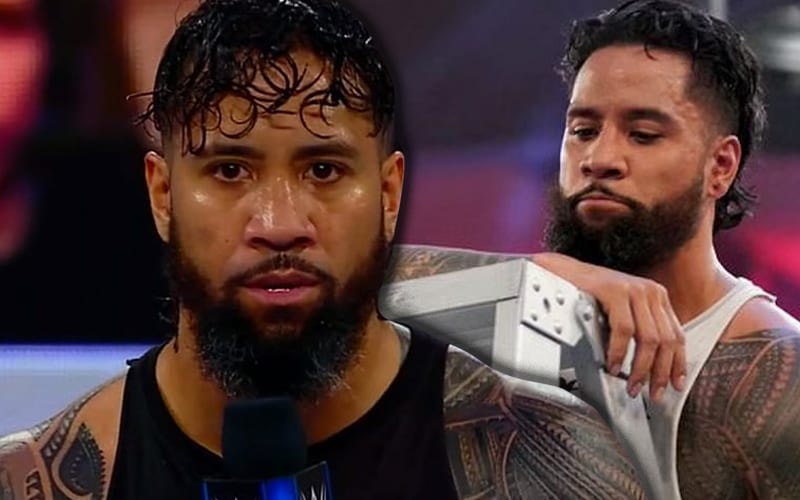 The Usos’ act was put on hold when Jimmy Uso suffered a knee injury. He’s working hard to get back in the ring, but Jey Uso has enjoyed quite a spotlight in his absence.

While speaking to Fox Sports, Jey Uso said that Jimmy going out of action was a blessing in disguise. It provided him with a chance to launch his career to brand new heights.

“I miss my brother … do not get it twisted. But this was a blessing in disguise. Straight up.”

“Went from hosting the girl’s karaoke to winning a contender’s spot against my own cousin, Roman Reigns, and I main evented my own pay-per-view with him and then my own Hell in a Cell with him.”

Jey Uso was well-known as a tag team specialist before, but Jimmy Uso’s injury gave Jey a chance to show that he can hang with the singles division, something he always knew he was capable of.

“I always knew I could hang with singles work, because wrestling is wrestling, Uce. The only thing is, it felt weird not having Jimmy with me coming out. I’m always on the left, he’s always on the right. It was just a weird vibe,” he said of the change.”

“As far as the fans—man, I miss the fans. That is the biggest part. You know how they say, ‘You don’t know how important something is until it’s gone and taken away from you?’ Like, man. I didn’t know. I bust one of my damn toes in the Elimination Chamber match. I got nine other ones, but I can’t walk. My damn toe is completely jacked up. I was like, “Man, you know what? I didn’t know we needed all our toes to walk.’”

Jimmy Uso could return to the ring at any moment on the road to WrestleMania. That could change up a lot of things, especially for Jey Uso. This could be a very interesting situation as Jey Uso has spent the last several months proving that there are other uses for his talents outside of a traditional tag team.