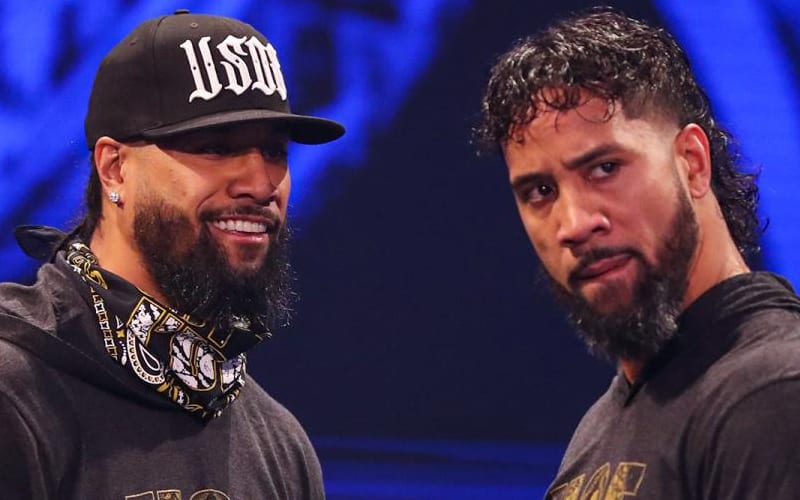 Jimmy Uso has been out of action for a long time. While he’s been at home, his brother Jey was utilized in a great way as WWE finally booked 1/2 of a tag team despite their partner’s absence.

While speaking to Rick Ucchino, Jey Uso was asked about his brother’s return. Jey said that the Uso Penitentiary will be re-opening very soon. He didn’t give a concrete date, but they’re obviously wanting a surprise.

“The only difference [as a singles competitor] is my brother is not holding that rope. He’s not in my corner, you know, but in due time, Uce, Uso Penitentiary will be opening soon.”

The road to WrestleMania could see Jey Uso involved in Roman Reigns’ storyline with Edge. We’ll have to see what happens because a lot has changed since Jimmy’s knee injury.