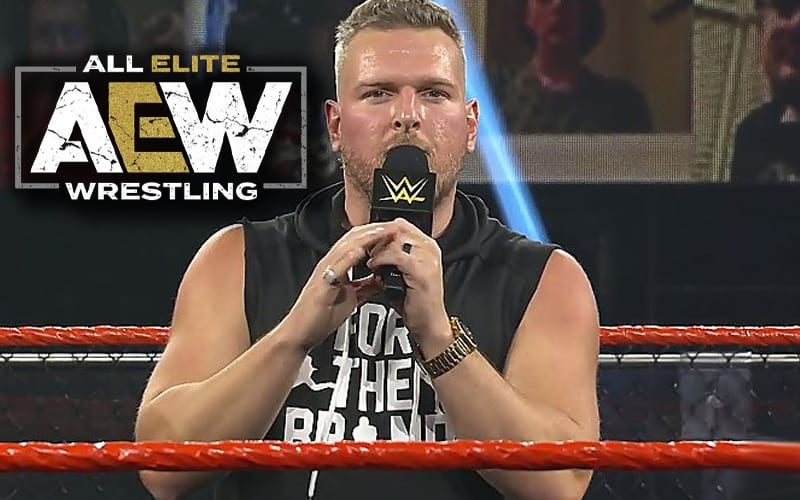 Update: Pat McAfee has addressed Cody’s claim, and he has denied trying to get a job with AEW.

Original: Pat McAfee lit up the pro wrestling community with his NXT promos and TakeOver matches. He might not be 100% loyal to WWE, because Cody Rhodes claims that the former NFL player is also trying to get with AEW.

During a media conference call to promote tonight’s big Crossroads special and this weekend’s Revolution pay-per-view, Cody Rhodes was asked about celebrity matches. Pat McAfee’s name came up and, as the Wrestling Observer noted, Rhodes had a big claim to make.

Asked about Shaq and Pat McAfee tweets related to celeb matches, Cody said that’s odd because McAfee reaches out almost every day to get a job in AEW.

We’ll have to see if Pat McAfee ever does anything with AEW. Tony Khan’s NFL connections seem to make this a good fit. Triple H said that the only thing keeping McAfee from coming back to the black and g0ld brand is McAfee’s incredibly busy schedule. Perhaps there is more going on in this situation.