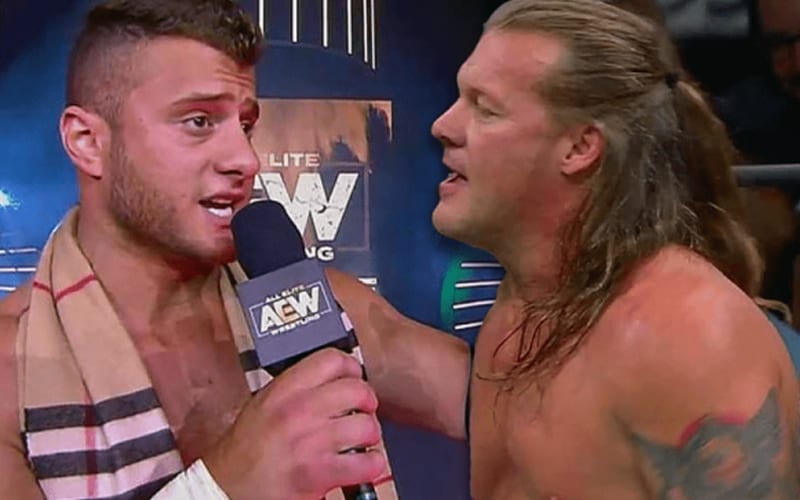 Chris Jericho is a great person to learn from if you want to be a pro wrestler or a rock star. He can also teach people other things. MJF realizes that the Inner Circle’s leader has a lot of sage advice to share, and he’s always willing to learn from him.

While speaking to Brandon Walker On Rasslin, Chris Jericho compared MJF to Kurt Angle. He spoke very highly about his tag team partner at AEW Revolution.

Le Champion also discussed giving MJF advice to help him grow in his storytelling abilities. MJF picks up things incredibly easily, but there is always more to learn

He comes up with a lot of ideas and sometimes he’ll put ideas on the page and it’s like, ‘dude, this isn’t good. The answer is no, but the answer is yes for this.’ I’m trying to teach him more of the storytelling stuff. All of the attributes he has at such a young age. I also tell him he’s not as good as he thinks he is because a year from now he’s going to be even better. He’s one of the most natural talents I’ve seen, also at being a total asshole. He’s one in a million.

MJF is a student of pro wrestling history, and that is apparent in many ways. He is a throwback heel in a variety of aspects, and Jericho can certainly help him attain much more with that character. We’ll have to see what happens with MJF and Jericho in the years to come, but the two seem to have a good thing going.