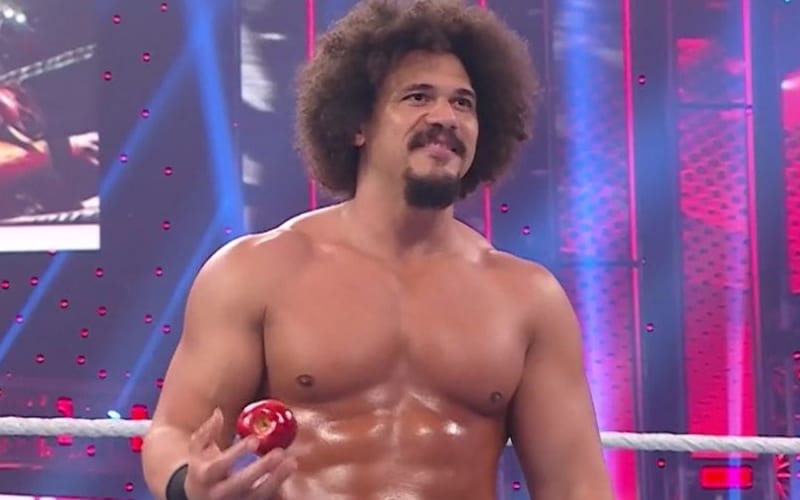 Carlito returned during the 2021 Royal Rumble match, and then he competed the next night on RAW. He went home after that and hasn’t been seen since. There’s always hope for his return, because he has an entire faction pulling for him backstage.

While speaking to Wrestling Inc, Carlito called his WWE return “a good two days.” That was thanks to people like Bobby Lashley, MVP, and Shelton Benjamin pulling for Mark Carrano to give him a call about a return.

“A couple of the boys have been talking backstage like MVP, Shelton [Benjamin], Bobby [Lashley], The Hurt Business guys have always been throwing my name around in the back,” Carlito revealed. “So I think they’re the ones that got the ball rolling, and then [Mark] Carrano ended up calling me and asked if I want to be in The Rumble. It was a good two days.”

We’re sure that Cedric Alexander would have been pulling for Carlito’s return, if he had been around during Carlito’s first WWE run. We’ll have to see if Carlito returns to WWE, but they might make an opening in the Hurt Business stable if the former IC Champion does eventually comeback on a more full-time basis.