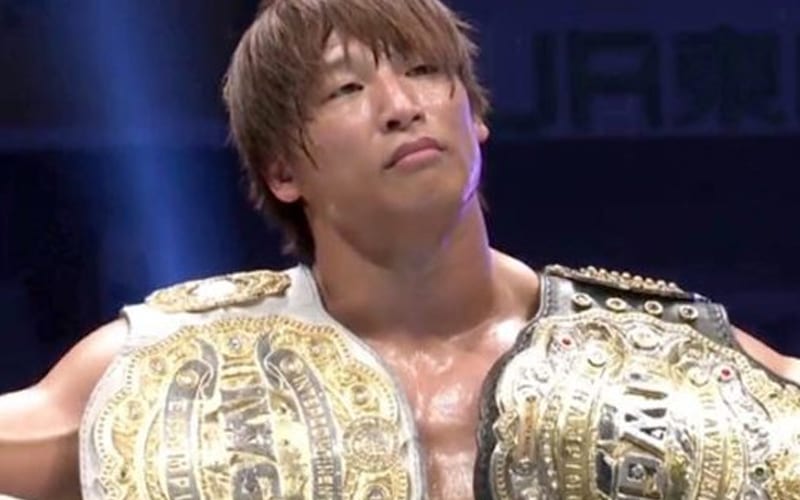 NJPW has a big announcement to make that will change the company’s structure.

Later on, Naoki Sugabayashi had confirmed the news to Tokyo Sports.  Kota Ibushi is currently the IWGP Heavyweight and IWGP Intercontinental Champion. He will be the first IWGP World Heavyweight Champion.

It was also confirmed that Kota Ibushi will defend his new title for the first time against the winner of the New Japan Cup. That tournament starts on March 5th.

NJPW will hold a press conference on March 1 at 1:00 AM EST to confirm this announcement.