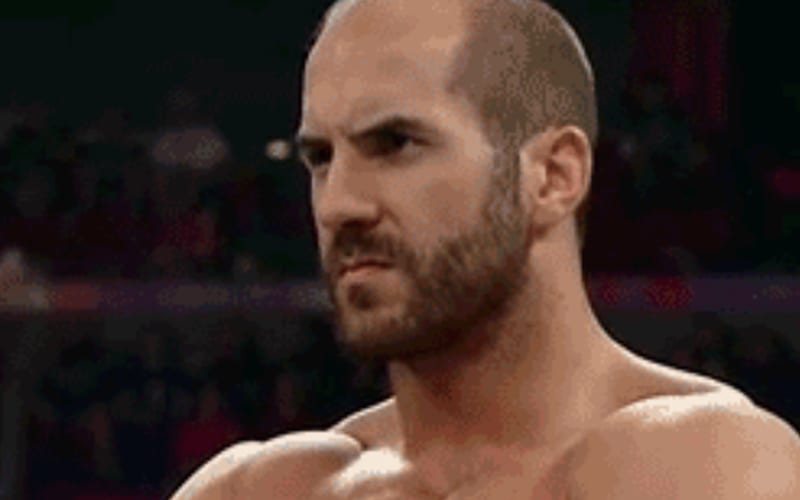 Cesaro is getting quite a spotlight in WWE right now, and it is due to his hard work and determination. He has a goal to prove that he is the best and that will not stop on the road to WrestleMania.

While speaking to After The Bell, Cesaro explained how much a WrestleMania singles match would mean to him. He didn’t specify that it has to be for a title, but a chance to show what he can do on the grandest stage of them all is an opportunity he is striving for.

“A singles match at WrestleMania [37] would mean a lot to me. Here’s the thing though, the locker room is full of people that I would love to have a match with. The thing is to have a match that people are invested in, me and Seth Rollins started to do something on SmackDown so maybe there’s something there. I always have in my back pocket the best of 7 between me and Sheamus, that hasn’t been decided. For example, Big E for the IC title, Shinsuke, there’s a bunch. To me, I would love to have a singles match at WrestleMania [37] and have a good build up and good story going into it. I feel like this year this is a big possibility.”

“Every time somebody asks me ‘What’s your dream match?’ or ‘What’s the match you want to have at Mania?’ I’m like I don’t know because if there’s a good story into it [who cares]. We looked around the locker room the other day, there’s like nobody that I wouldn’t want to have a match with, it’s stacked.”

We’ll have to see what the future holds to the Swiss Superman on the road to WrestleMania. This year seems different for him. He just signed a new contract and is getting more time to show what he can do. His current feud with Seth Rollins could also see him earn an opportunity to perform in a single match at the show of shows, an honor he has more than earned.