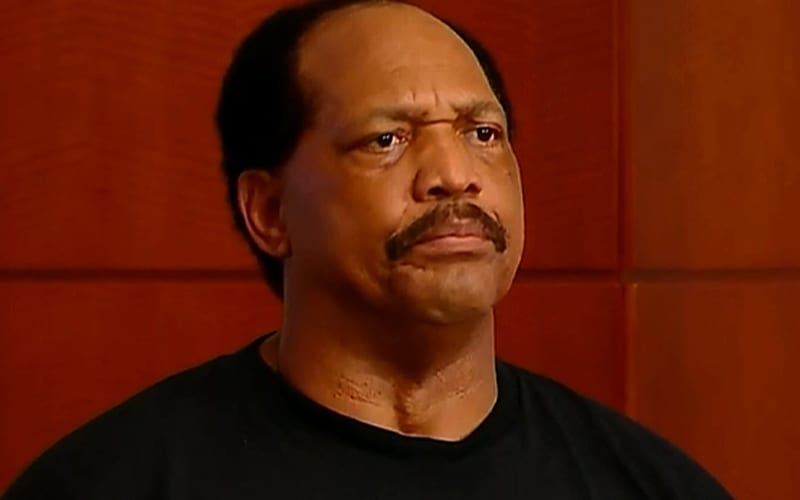 Ron Simmons had an amazing career, and he is deserving of a WWE Hall of Fame ring. During the ceremony, he’s bound to say: “DAMN.” There’s a reason for that.

Simmons has often showed up on screen just to say “damn” and leave. This has been his catchphrase for a long time. While he appeared on WWE The Bump, Simmons revealed how this got started.

“People always tease me about it, but they never ask me the origins of it,” he mentioned. “That started when Bradshaw and I were tagging together. When something would go wrong, the people in the first six or seven rows could hear me say, ‘Damn.’ Each time we would go back to those towns, the more I said it, the more people started chanting it. I’d ask Bradshaw, ‘What are they saying?’ He’d say, ‘I think they’re saying Damn because you say that every time something doesn’t go the way you want it to go.’ So, the writers got wind of this, and they said let’s try this.

“So, Booker T and John Cena are having an exchange in Chicago, and they wanted to try this. At the end of the exchange, they wanted me to simply walk out and say, ‘Damn.’ I did, and that was how that was born.”

This was something that the fans got started, and writers liked the idea. The rest is history, but if it weren’t for those live fans at events then Ron Simmons wouldn’t have his catchphrase. This is just another reason why live fans are missed so much.