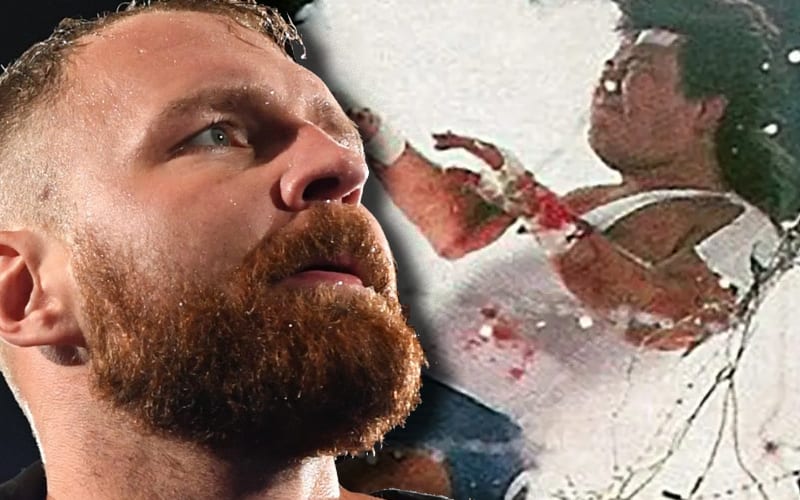 Kenny Omega will put the AEW World Title on the line against Jon Moxley at AEW Revolution on March 7th. They will have this title match in an Exploding Barbed Wire Deathmatch, a first for AEW.

Moxley recently spoke to Inside The Ropes about what fans should expect from the match at Revolution. He said that the level of violence is going to be the kind of thing that parents might need to shield from their children.

“It’s the good thing about AEW, we’ve got a little something for everybody, but there’s really no way to sugarcoat an Exploding Barbed Wire Death Match, you know, so if don’t want to see it, then don’t watch. If you think your kid is going to be a little bit too young to watch it, a little bit too violent for them, don’t watch it.”

Moxley went on to say that this kind of stipulation is the danger level that pro wrestling has been missing. He certainly loves the ability to perform in those extreme conditions.

“I think it’s something wrestling has been missing lately. I think it’s something wrestling has been missing in the last several years, or maybe a decade or more, or whatever, is the element of actual danger. An element of… You know, that feeling of, when it’s main event time, when the bell rings and the ring announcer walks down the aisle, this is the moment where all the marbles are on the line and there’s not an element of danger, that element of the Mike Tyson fight or, ‘Well, somebody could really…’ We’re really risking our lives. These gentlemen are doing something extraordinary here and really putting their body on the line.”

American fans might not be familar with exploding barbed wire deathmatches. You can check out a pretty good one below featuring Onita and Terry Funk. We have no idea what AEW has in store for fans, but Tony Khan said that this is a gimmick match that he’s wanted to put on for a while.