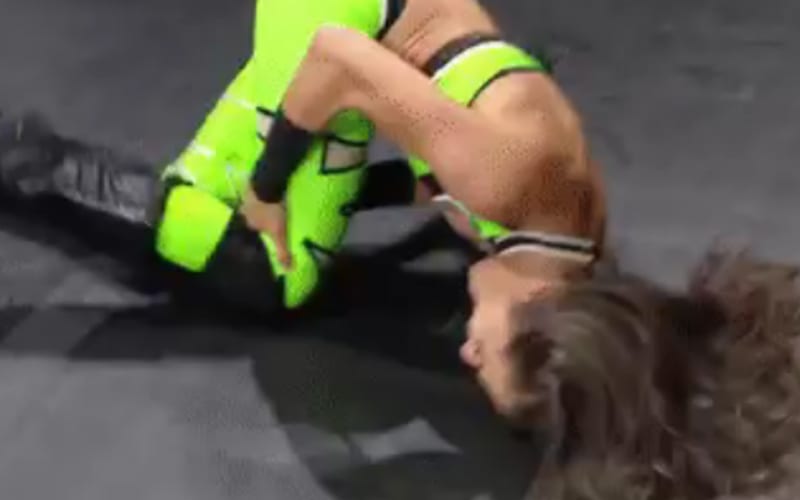 You never know what can happen when you step in the squared circle. Kacy Catanzaro learned that in a big way this week on NXT.

Xia Li put a real beating on Kacy Catanzaro this week on NXT. She received medical attention in the ring, and then she was assisted out of the Capitol Wrestling Center. This was a situation that they took a bit seriously on camera.

The big spot came when Xia Li stomped on Catanzaro’s leg while it was propped against the ring steps.

Later on in the show, they said on commentary that there is fear that Kacy Catanzaro suffered a broken leg, but that was not confirmed. We will have to see how things pan out when they conduct a more thorough medical evaluation.