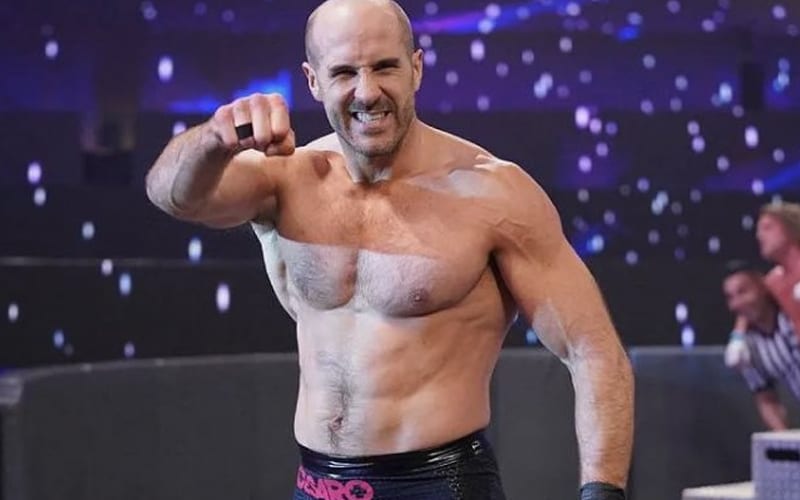 Cesaro did not win in the Elimination Chamber, but plenty of fans were pulling for him, including Mick Foley.

Mick Foley sent out a glowing video where he praised Cesaro. He said it is the Swiss Superman’s time and he compared Cesaro’s current rise to Becky Lynch’s push into The Man status. Following his loss on Sunday, Cesaro could only promise to make that vision come true one day.

Thanks Mick… That means so much. I keep on going and will make your words come true one day

Cesaro has a passion for pro wrestling that brought him to the United States and he worked for years on the indies to gain attention from WWE. He has toiled as a tag team specialist in WWE for years, but never really given a singles run that really stands out.

We’ll have to see what happens next. Cesaro did just sign a new deal with the company which could see him get plenty more opportunities as time goes on.